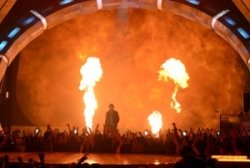 Making the sequel to the renowned action role-playing open world video game accessible for new-comers a priority for developer.

Reputed as one of the most challenging games to have been made for the current-generation consoles in recent years, Dark Souls is extremely unforgiving to players, demanding an ample amount of skills and perseverance off them.

Tomohiro Shibuya, one of the new co-directors for Dark Souls II that was revealed at the 2012 Spike TV Video Game Award show earlier this month, made it quite clear during a recent interview with Edge that making the game accessible to new comers will be a key topic during the development of the sequel.

In an attempt to make the game more absorbing for the players who did not pick up the previous title in the series, the developer plans on adding a good introduction to the sequel so that such players do not find it hard to immerse themselves into the experience.

“Accessibility to players who haven’t picked up Dark Souls is definitely a key topic,” Shibuya said. “Right in the beginning when players first pick up the game is something that I will definitely focus on. To not immediately throw them into Dark Souls but provide a good introduction in terms of what the game’s about and how the game should be played.”

He went on to add that making the accessible will not only help to attract new players to the series, but is also likely to contribute to building a great fan base, something that would be difficult, if not impossible, if these new players find themselves getting rejected by the game system.

There are certain elements from the original Dark Souls game that the new director plans on altering for the sequel. One of these elements is the game’s covenant system, which Shibuya described as “difficult to fully absorb and experience.”

Instead, the sequel will feature an altered version of the covenant system, which would be relatively more inviting.

Shibuya and his fellow co-director Yui Tanimura have already made it known that they plan on injecting a significant amount of innovation into Dark Souls II, though keeping the game close to the true spirit of the original game will be the foremost priority.

The new directors also plan on making the next Dark Souls game “more straightforward and more understandable” than its predecessor.

From Software is developing the game for the PlayStation 3, Xbox 360 and PC, with the game notably skipping Wii U.

An online petition asking for the game to be brought on Nintendo’s first-ever HD console has been set up on Change.org. The petition has already netted more than 10,000 signatories, though the developer is yet to comment on the ongoing campaign.