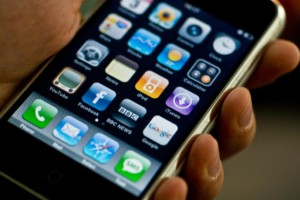 Ubisoft is working to bring the AC series to smartphones and tablets with Assassin’s Creed Utopia and it will provide a more ‘hardcore’ gaming experience than those on offer on both platforms.

One of the publishers looking to expand its portfolio and its horizons is Ubisoft. The studio has a number of the industry’s top IPs, including the likes of the Assassin’s Creed series, the Tom Clancy franchise which includes Rainbow Six, Splinter Cell and Ghost Recon, as well as Rayman games, Driver series and many more.

However, the publisher is looking to expand and cater to other platforms as well. Assassin’s Creed and Ghost Recon: Future Soldier both have social networking games on Facebook, and both are free-to-play.

Ubisoft is also developing a number of titles for the Nintendo Wii U including Assassin’s Creed 3, Rayman and a completely new IP, ZombiU, which is by far their most impressive title on the console so far.

At the same time, the studio has the attention of the entire gaming community with its upcoming title, Watch Dogs, which blew audiences away at E3 2012.

Ubisoft also announced that it was releasing, Rayman Jungle Run on both iOS and Android systems but it isn’t stopping there as they also revealed another game heading for the same platforms.

Assassin’s Creed Utopia happens to be that title and can be loosely likened to Sim City, in the essence that players have to build a utopian colonial city.

The game’s producer, Andreane Meunier, explained that the title was looking to cater to the need for more hardcore games on the platform.

“We’re working together to make a unique experience on mobile that’s not going to be just ‘casual’, but that can also be related to more ‘hardcore’ brands.”

As for the gameplay itself, well Andreane summarised it as revolving around “Building your own Assassin’s Creed utopian colonial city.” However, players can take on other players in battles.

There was no news of a release date for the game, however, early signs do seem promising. It was also confirmed that the game would not have anything to do with Assassin’s Creed 3.

One can expect a number of publishers to begin releasing their main franchises on to iOS and Android devices as EA released both Mass Effect and Dead Space games while a Max Payne game has also been released on iOS.

But what about the readers; do you think the game is all filler or could it be an interesting and engaging title? Let us know in the comments section below.