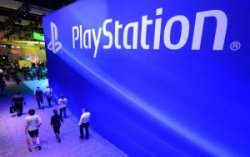 Sony offering up nine games, complete with all DLCs, as part of the Ultimate Editions offer with Deus Ex: Human Revolution and Mass Effect 2 on offer as well.

Sony is really getting into the festive spirit by announcing sales on pretty much everything from hardware to software and the latest offering sees a number of titles on offer with extra discounts and value. Well, the value bit depends on the consumer’s perception.

Kicking things off in reverse alphabetical order and PlayStation 3 owners can download the Warhammer 40,000: Space Marine Ultimate Edition. The edition comes with all the DLC that has been released for the game so far, both free and paid and is priced at $29.99 on the PlayStation Network and $23.99 for PlayStation Plus members.

Slightly behind the times is Saints Row 2 Ultimate Collection, again complete with all the DLC and for the standard discounted price of $24.99 while Plus members can get it for $19.99. though one can be pretty sure that many will prefer spending that kind of money on other games, such as Saints Row: The Third.

Red Faction Armageddon Ultimate Edition is also on offer at $24.99 and $19.99 for PlayStation Network and PlayStation Plus members respectively. The game where players can destroy pretty much every structure and building should appeal to those who want to jump back into the game or for those who have not yet tried it.

Mass Effect 2 Ultimate Edition is another title that players can pick up at discounted prices, again complete with DLC. The prices are $34.99 and 27.99 for the two PlayStation memberships respectively.

Moving on to a first-person shooter front, Homefront Ultimate Edition, for which the description reads, “2027. America has fallen to a savage military occupation. Join the Resistance and fight for freedom in this gripping, cinematic first-person shooter.” The game will be available for $19.99 and $15.99.

A solid offer though is the Deus Ex: Human Revolution Ultimate Edition, which comes with all the DLC for the game and is available to PlayStation Plus members for $27.99 and for standard members for $34.99.

Assassin’s Creed Brotherhood and Assassin’s Creed Revelations Ultimate Editions are also on offer with the former priced at $27.99 and $22.39 and the latter available for $49.99 and $39.99 respectively. The deals seems to be aimed towards those who will be experiencing the series for the first time with Assassin’s Creed 3 and having played the preceding games.

The final game on offer is Alice: Madness Returns Ultimate Edition. The reimagining of the classic tale is available for $19.99 and $15.99 and should appeal to those who missed out on the game the first time around.

So which, if any, of the offers will you be taking advantage of? Let us know in the comments section below.