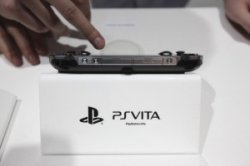 Part 1: Ubisoft has blown the lid of their upcoming PlayStation Vita title and released a number of intriguing bits of info about the game’s setting, gameplay mechanics and even teased online multiplayer.

Ubisoft is hard at work developing a number of titles on multiple consoles. Assassin’s Creed 3 is their biggest project to date and the game is set to release on all major platforms including the Nintendo Wii U.

At the same time, the studio is also working on Far Cry 3, the game that many are hoping brings a new dimension to the first-person shooter genre, which is also set for release on PCs, Xbox 360 and the PlayStation 3.

Not stopping there the publisher has studios working on ZombiU for the Wii U as well as a Rayman game.

To top it all off the studio is also developing the first Assassin’s Creed title for Sony’s PlayStation Vita console with Liberation set to release alongside its console counterpart.

Gabriel Graziani, the Community Developer at Ubisoft, helped shed some light on the female assassin’s background and players can expect from the world they dive in.

“You play as Aveline de Granpre, an assassin of mixed French and African heritage.” – Her father was French and his mother was from African descent.

The community developer continued, “In order to understand Aveline’s talents, it helps to have an accurate picture of the world in which she lived. 18th century New Orleans was a tumultuous place, having just transitioned from Spanish to French occupation.”

“People from all over the world and all walks of life interacted with one another on a daily basis in all sorts of capacities: rich landowners rubbed elbows with freshly imported colonists and wealthy merchants mingled with indentured servants.”

Graziani concluded, “It was a roiling hodgepodge of nationalities, ideologies, religions, social castes and political affiliations”.

So one can expect a diverse world for players to roam around and assassinate Templars in. it is also worth mentioning that Ubisoft are marketing this game slightly differently as they advertised it as being developed by one of the studios that was a subsidiary of Abstergo.

For those who do not know, Abstergo is a front for the Templar and Ubisoft are hoping that gamers sees Liberation as a bit of Templar promoted propaganda. How this works into the storyline remains to be seen but certainly has our attention.

To find about some of the other mechanics introduced exclusively into Liberation read on in the next part of the article.