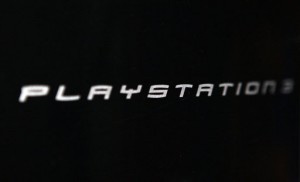 Sony are set to add another title to their digital library with the first of Rocksteady’s Batman games as it is set hit the PlayStation Store this week.

The PlayStation Store is set for its weekly update and although there really isn’t anything new on offer this time around there are one or two titles that will catch everyone’s eye. Whether or not it will be followed by a purchase is something that remains to be seen.

However, there is a title on offer that anyone who has not already played need to do themselves a favour and give a download. Batman: Arkham Asylum, surprised everyone who gave the game a go. In fact, it was voted the biggest surprise of the year by multiple critics and was hailed the best comic book game in history. The award has since been handed over to the game’s sequel, Batman: Arkham Asylum.

The description of the game is sure to have anyone reading it for the first time taking a few moments to recover. Apart from The Joker being voiced by the legendary Hamill, as well as a host of other big names.

But don’t let us ruin anything for you, here is the description from the official PlayStation Blog:

“In Batman: Arkham Asylum the player assumes the role of Batman as he delivers The Joker to Arkham Asylum. There, the imprisoned super-villains have set a trap and an immersive combat gaming experience unfolds. With an original script penned by Emmy Award-winning Batman writer, Paul Dini, the game brings the universe of DC Comics’ detective to life.”

That game is sure to gain a few downloads but not at the same levels to send any alarm bells ringing. Another game which should catch the eye is one that combines everyone’s love for car with their skills at turning the undead back into the dead.

Zombie Driver HD is one of those downloadable games that should keep gamers entertained for quite some time. The description for the game reads:

“Fight your way through the streets of a zombie infested city to save the survivors of a disastrous chemical accident that changed most of the city’s population into mindless brain hungry monsters.”

There are a few more titles on offer but none of them will be attracting too much attention. But will you be giving any of these games a go or will you be holding out for some newer titles to be released on the PlayStation Store before opening up your wallet? Let us know in the comments section below.