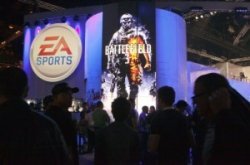 The lead designer of the Battlefield games, David Goldfarb, has resigned from his post at DICE but assures fans of the games that the series is in good hands.

The Battlefield series has long endured as the first-person shooter title on the PC for tactical online gameplay. The vast maps, vehicles and class system in the series has made it a popular choice for non-console gamers as the series garnered a hardcore PC following.

However, the game’s multiplayer mode introduced console gamers to the Battlefield experience, and as a result won a fair amount of gamers over.

The game still had not penetrated the modern military first-person shooter market on consoles as well as it would have hoped. The sequel to the game, Bad Company 2, was a different story altogether. The game abandoned the light tone of its predecessor as the single-player campaign was more serious and the multiplayer more polished.

The change in tone did two things; firstly, it won over more core gamers and secondly, it laid the foundation for Battlefield 3 perfectly. So much so, that gamers, through a combination of their fondness for Battlefield 2 and/or the Bad Company series were excited by Battlefield 3 and it is no coincidence that the game would go on to break EA’s record and became the publisher’s fastest-selling title of all time with over 3-million units having been sold through pre-orders.

However, the lead designer of both Bad Company 2 and Battlefield 3 has resigned. David Goldfarb who worked at DICE for the two titles confirmed his departure from the studio after helping establishing the title as one of the best shooters on consoles and PCs.

Commenting on his decision he said, “It was time to move on for me” and also had a few reassuring words for fans who may be concerned that DICE may lose their way. He said, that fans of the series “have nothing to worry about.”

DICE is known for both the Battlefield games as well as the impressive FrostBite engine which boasts both impressive lighting but more importantly so of the best destruction in any game on the market out there.

It will be interesting to see if EA will announce another Battlefield game anytime soon or alternate between the Medal of Honor series every other year.

But what about the reader; does the change in leadership at DICE matter or has the studio lost an important part of their war machine? Let us know in the comments section below.