BioWare had Bond-meets-Bourne spy-themed RPG in the works 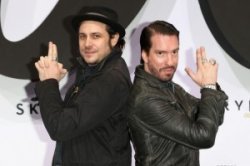 Former BioWare producer says the cross between 007 and Bourne failed to impress Electronic Arts (EA) and therefore was unable to see the light of day.

Trent Oster, who was part of the studio that gave us gems like Mass Effect before eventually leaving his former employer to run his own studio Overhaul Games, revealed that BioWare had a James Bond-meets-Jason Bourne role-playing game (RPG) with the working title of “Agent” in the works back in 2009.

The primary concept behind the spy-themed RPG was to feature the other side of Bond, the one which did not only highlight his adeptness with the gun, his martial art skills and his expertise in manipulation.

Instead, the plan was to make the protagonist somewhat of a mix between 007 and Bourne, modifying the former just enough to make him come off as someone different, deadly as ever, but different.

“He’s a suave manipulator, he’s a talented martial artist, he’s a secret agent. We wanted to cross that 007 with Jason Bourne, where he’s been modified in some way; you’re not sure what, but he’s definitely deadly,” Oster said.

Oster went on to concede that in order to accomplish this, the BioWare team was convinced that the game had to be pretty high on drama to properly deliver the intended intensity in the scenes and present the character for what he is intended to be.

“We really wanted to be very high drama, very intense scenes,” Oster said. “I always think of the scene in the second Bourne movie where Jason Bourne’s choking the guy out with a book and he’s right in his face and it’s this very intense moment. That was one of the key things we wanted to carry off.”

The former BioWare producer said that while the studio was really enthusiastic about the project, EA did not show any interest moving it further.

The publisher failed to see the whole concept of cross 007 with Bourne as a very appealing and thus marketable one, which left the studio with no choice but to dump the whole thing.

Oster explained that if a publisher is not behind an idea, it becomes nearly impossible for a developer to continue working on a project based on that idea regardless of how much effort is put into it.

Publishers have often taken the blame for the declining innovation in the gaming industry, something that is said to be putting the very future of the industry at stake.

EA in particular has been one of the primary targets for analysts and gamers because of its lack of support for creativity as it seems more than happy with churning same old intellectual properties (IP) into the market as long as they are being successfully converted into hefty profits.