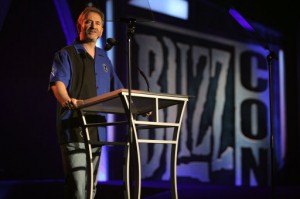 There is no doubt about the commercial success that Blizzard’s latest action role-playing game (RPG) Diablo III has garnered. However, the reaction of the fans to the always-connected requirement has not exactly been encouraging for the developer.

Addressing the complaint in a recent message to the fans, Blizzard’s CEO Mike Morhaime defended the always-online requirement for the latest title in the Diablo series, asserting that it is the best possible design for the game, playing a significant role in maintaining the long-term integrity of Diablo III experience.

He admitted the always-connected requirement may have some downsides, but contended that the advantages heavily outweighed them.

Commenting on the perception that the requirement of internet connectivity has been put in place by Blizzard to ensure that the game is protected from hacks and cracks, Morhaime said that while it does serve to keep the game safe from hackers, it is not the only reason for making the game playable online only.

“While we’ve never said that this requirement guarantees that there will be no cheating or game cracks, it does help us battle those problems (we have not found any fully functional cracks),” he said. “More important to us is that the online requirement is critical for the long-term integrity of the game experience.”

For those who are under the impression that Diablo III would eventually become playable offline, Morhaime has made it clear that such a thing will never happen. He explained that the always-online requirement had been part of the design since the very beginning and this is never going to change as the company is confident that it is an absolutely critical and correct long-term decision for the game.

“I fully understand the desire to play Diablo III offline,” he said. “However, Diablo III was designed from the beginning to be an online game that can be enjoyed with friends, and the always-online requirement is the best way for us to support that design.”

After keeping the fans waiting for many years, Blizzard had finally released Diablo III on May 15, 2012. The game became an instant hit, with the sales greatly exceeding the expectations of the company. Where this was a good thing in terms of profit, it also ended up creating a lot of issues for Blizzard, especially because of the saturation of battle.net servers.

Blizzard responded to the crisis by expanding the capacity of their servers, but despite their efforts, the game continued to face one challenge after another. These included login issues, latency issues, problems faced by new digital buyers of the game who were unable to advance past Act I and rise above a certain level until their payment was verified.

While a number of these issues have been resolved, Blizzard still has plenty of work to do in order to ensure a smooth and satisfying Diablo III experience for players.