Home » News » News , Uncategorized » Call of Duty for the Nintendo Wii U hinted at by Activision 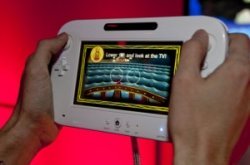 The Call of Duty publisher has publically stated that it will back Nintendo’s next generation console and is excited by the prospect of the console’s Pro Controller.

Activision is known primarily for the Call of Duty franchise including the Modern Warfare and Black Ops series. The former is developed by a number of studios including Infinity Ward and Sledgehammer games while the latter is developed by the more adventurous Treyarch team, which brought the phenomenon known as Zombies to the popular first-person shooter series.

However, the current generation is nearing its twilight as Nintendo has announced its next generation console with Sony and Microsoft set to do the same sometime next year. So Activision will have that in the back of its mind as it will hope to stake claim to the first-person shooter market of the next generation.

Eric Hirshberg, the CEO of Activision, stated that although they had nothing specific to announce the publisher would be developing titles for Nintendo’s next generation console.

He said, “We don’t have announcements today but we will be supporting Wii U.”

Mark Lamia, the head of Treyarch studios, elaborated, before continuing to explain that Activision was no stranger to the Call of Duty games, “We obviously have been a Nintendo developer for many years and have created many Call of Duty games on the Nintendo platform.”

Moving on to the matter of the Nintendo Wii U and Hirshberg admitted that the extra power and the new interface of the console interested the publisher who are well seasoned in the FPS genre. He said, “[Wii U] is clearly a more powerful platform than its predecessor and… they have obviously a unique controller and interface. And they announced a Pro Controller which appears to be a controller that would be really good for first person shooter games. It just so happens that’s what we specialise in.”

That is a big a hint as any that Call of Duty is heading for the Nintendo Wii U, although when gamers will see Black Ops 2 or Modern Warfare 4 on the console is still up for speculation and debate.

When pressed on the matter about whether or not the studio was developing Black Ops 2 for the Nintendo Wii U, Lamia was as elusive as free DLC for the Modern Warfare series.

He said, “I’m intentionally being elusive because we’re not talking about it!”

One can be sure of seeing a Call of Duty title making its way on to the console at one point or the other, however, Activision’s secrecy may indicate that they have a surprise up their sleeve.

Analysts speculate that the Nintendo Wii U will be out by the end of the current year or in early 2013.