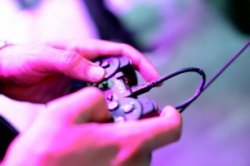 The publisher is set to decrease the amount of work it outsources and is set to grow internally by adding over 2,000 jobs over the course of the next 10 years, but is it the shake up the company needs?

The publisher has been on the receiving end of a fair bit of stick in recent years with its habit of releasing multiple versions of what is essentially the same Street Fighter game while at the same time its biggest IP has not met expectations on the sales front.

As a result, Capcom is re-evaluating its long-term strategy and the latest announcement of cutting down on its outsourcing as it focuses on internal game development could be the change the publisher needs in order to avoid disaster in the near future.

Before we get into the details, a bit of background is important. Capcom has been around for generations now and is easily Japan’s biggest publisher in terms of how many titles it has in its portfolio, the most notable being the Resident Evil and Street Fighter games. At the same time the studio has released a number of new IPs as well with the sandbox game, Dead Rising the most successful.

However, the studio has come under plenty of criticism over the past few years as many believe it has lost its way and identity. The studio has had a tendency to outsource a number of its development projects in recent years. The result has been a lack of cohesion and although Capcom still call the shots they have lost the essence of what made their franchises so great.

Earlier on in the year, Capcom explained how they were going to focus on bringing regular installments for their core titles and ensure at least one AAA title every year. At the same time the studio wanted its Resident Evil games to appeal to the masses and emulate Call of Duty.

Neither has worked out so far but the studio may just have taken a step in the right direction as it attempts to regain control of the situation.

The studio made the following announcement to its investors, “We want to further improve the quality of our games by maintaining an internal game development team.”

Resident Evil 6 remains the largest project in Capcom’s history with a number of studios collaborating on the project, but again it lacked the cohesion one would expect. A case of too many chefs if one wishes to see it that way.

“The purpose of increasing our game developer team is to create a larger percentage of our games internally.”

The studio plans to add up to 2,500 employees for this purpose in the coming decade as it looks to get itself back on track.

It is a smart move but one that will pay dividends in the long term and that too if its handled well by the studio.