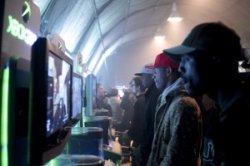 The War Z creator admits arrogance caused him to ignore community feedback; focused on resolving issues and brings things back on track.

Sergey Titov may not have been properly informed about the feedback that the open-world zombie survival horror shooter The War Z had gotten upon its launch on December 17, 2012, the only reasonable explanation to his statement that a heavy majority of players were satisfied with the game, while only a very small percentage of users were complaining about it.

Much to the relief of the fans, the game’s creator eventually saw the grim reality and acknowledged the mistakes made by Hammerpoint Interactive.

In an extensive letter to the users, he apologised for the many controversies that had surfaced as soon as The War Z hit Valve’s digital distribution platform, which ranged from misleading information about the game’s key features and a model that was somewhere between traditional and free-to-play.

Admitting that he was blinded by the arrogance following the early success of the game, Titov took the blame for ignoring the fans and their feedback.

According to him, the community was neither properly managed, nor properly moderated, which led to a serious lack of communication between the developer and the users.

Acknowledging the fact that the mistakes of the past cannot be undone, the game’s creator said that he would do whatever he can to ensure that such mistakes do not happen in the future.

One of the first things that need to be done, according to him, is to bridge the gap between The War Z developer and community.

He said that the forum administrators and moderators were simply directed to ensure that the rules were being followed and violators punished, when they should have been direction criticism to constructive discussions and informing users with the plans that the developer had for the game.

To make it happen, Titov said that an overhaul of Hammerpoint Interactive’s community management procedures and rules is in the pipeline, with the developers getting a stronger voice than before.

“There wasn’t enough presence of the development team on forums; there wasn’t enough updates on development of upcoming features. We failed to communicate our position and messaging on the outside platforms such as Facebook, Twitter, and various online websites, and when we did this we chose to rely more on arrogance rather than being humble and trying to understand why people were saying negative things,” he said.

He also shared his idea of engaging the community by inviting 10 players from around the world to Hammerpoint offices in Los Angeles, California, where they would get to meet and interact with the development team.

Titov also clarified that the version of The War Z released on December 17 was a Foundation Release, which is just the first-stage release. Work will continue to be done on the game to build on the current foundation.