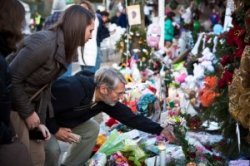 The outburst by the National Rifle Association (NRA) vice president Wayne LaPierre has attracted a lot of criticism from the media, video game industry, film industry, music industry and even the general American public.

Instead of blaming the deadly weapon that took the lives of 20 children and 6 adults in the tragic incident of Sandy Hook Elementary School shooting on Friday, December 14, the NRA executive has thrown the blame at all forms of media that depict violence in the most gratuitous manner, without caring about the effect that it has on the society and its well-being.

While it is difficult to agree with all the points that LaPierre raised during his press conference in the wake of Connecticut shooting incident, one is however forced to wonder about the contribution of violent video games to the tragedy.

Violence has been in games for as long as one can remember, but with the advancement in technology, a significant amount of realism has been added to its presentation.

With the graphics getting better than ever, one often finds himself forgetting that he is actually staring at a virtual world instead of a real world.

Much to the joy of some of the biggest companies in the video game industry, violence and guns sell really well in the market. Regardless of the age restriction, gamers get their hands on the latest Call of Duty, Halo, Mortal Kombat or God of War game as soon as it hits the shelves, or even pre-ordering it through online store through the help of their parent or guardian.

Such games expose an innocent mind of a child to content that can best be described as appalling and, as LaPierre stated, the filthiest form of pornography.

Children are young and not known for making the most sensible choices. Parents have also lost their control over what their child views due to the advancement in technology.

Growing up playing violent games is bound to have some sort of an effect on the mind of a child. It should hardly come as a surprise to see such a child grow up into being a gun lover or someone who would look at violence with disdain.

The man responsible for killing 20 little angels and six adults at Sandy Hook Elementary School was a Call of Duty addict. Things cannot get any clearer than this.

The publishers really need to start thinking responsibly and show that they care for the society and its well-being. Earning profits may be why they came into existence, but the goal does not necessarily have to be met by putting the society in danger.

If ever there was a time to rethink how games should be made and what their content should be, this is that time. The parents of children that got killed in the Connecticut shooting incident are paying for the sins of big and greedy gaming companies. Some families have already become a victim to the selfish and irresponsible actions of game makers, but there is still time to save others.