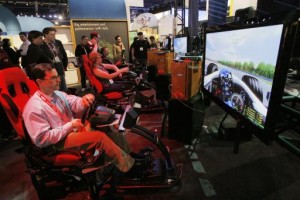 CryTek plans on using free-to-play business models for the PC as they feel there is no reason gamers should not be able to play triple-A games for free.

The developer behind the visually stunning Crysis games, CryTek, is attempting to change the way the gaming industry caters to the PC market by introducing new business models based on triple-A titles that are, wait for it…free-to-play.

Cevat Yerli, the CEO of CryTek, is the man with this particular vision as he explains his inspiration for adopting the ‘free’ philosophy. He narrated his trip to South Korea in 2006 where he claims to have seen the future of gaming, where there “pro-gamers making more money that some sports guys.”

What was interesting was the fact that they were doing so on free-to-play titles despite the fact that some of the games were of pretty poor quality as compared to the premium titles of the day.

Yerli continued, “So when I came back I said, ‘I want that kind of business model in the Western world with the quality of a Crysis.’”

The CryTek CEO is hoping to introduce the same approach to gaming in the west both in terms of how gamers play and how publishers market and distribute the game. He said, “The only thing that will happen is that PC gaming is going to change and adopt different business models – and we are trying to change it ourselves with high quality, premium free-to-play titles.”

Yerli also went on to state that he could find no reason why there should not be free to play games available despite the mindset of western publishers, who want to ensure a steady flow of income from their products. He said, “There is absolutely no reason why gamers shouldn’t get triple-A games for free. Absolutely no reason. But we’re going to bite the bullet and do it. Somebody has to lead the way.”

Whether or not CryTek’s free-to-play game will change the industry remains to be seen, however, the trend is not something new as a number of publishers are moving towards the same business model.

Ubisoft recently launched Ghost Recon Online on the same model and EA has long offered a number of titles for free to PC gamers such as World of Tanks and Battlefield Heroes among others.

Sony is also doing something similar on the PlayStation 3 with its upcoming first-person shooter, Dust 514, as the game will be downloadable for free but certain in-game content would cost the player money.

So it seems that the days of paying for games and then for in-game content will soon be over and gamers will only have to worry about buying in-game content if they choose to do so.