Dark Souls II for Wii U online petition get 10,000 signatories 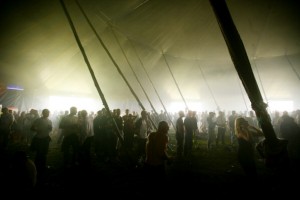 The online petition created at Change.org is apparently picking up steam as the number of signatories has reached the 10,000 mark, a notable improve over the figure of 3,000 that it was sitting on following the previous weekend.

Ever since the 2012 Spike Video Game Awards show at Culver City in California, America, on Friday, December 7, gamers intending to remain loyal to Nintendo’s first-ever HD console have been on a quest.

From Software had made an announcement about the sequel to the critically acclaimed Dark Souls being in the works, while revealing during the press conference that followed that the game is being developed for the PlayStation 3, Xbox 360 and PC.

While gamers around the world breathed a sigh of relief to find the game intended for the current-generation consoles instead of the highly-anticipated high-end ones that are rumoured to be in the pipeline and slated for Winter 2013 release, the news of the gaming skipping Wii U did not go down too well with a significantly large community of gamers.

One particular gamer, who is clearly a huge fan of the action role-playing open world video game as well as a Nintendo enthusiast, decided to start a campaign to convince From Software and Namco Bandai Games, who published the original Dark Souls game outside of Japan, to being the game to Wii U as well.

The online petition set up by him at Change.org points out to the Dark Souls makers that bringing the game to Nintendo’s new console will make the game available to a wider audience.

He further went on to contend that Wii U could serve as an ideal console for the recently announced game due to its unique tablet-inspired controller GamePad.

Elaborating himself, the petition creator pointed out that the dual-screen gaming console will have an excellent synergy with the gameplay and menu.

According to him, players can conveniently use the GamePad screen to manage inventory and search for items without having their view on the main screen obscured.

Another argument that he has raised is regarding the affordability, which he feels tips in the favour of Wii U and gamers who do not own or want to buy a PlayStation 3.

He explained that PC players have to invest a lot of money in their system to make it capable of running graphic-intensive games smoothly, whereas the Xbox 360 owners find themselves paying a yearly fee for access to Xbox Live.

Nintendo, on the other hand, charges no fee for online access, though minors are an exception to his as their parents or guardians are required to play a one-time only fee of $0.50 to get the accounts registered.

From Software and Namco Bandai Games have not issued any comment regarding the Dark Souls II Wii U online petition.