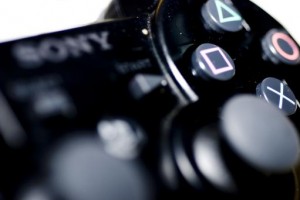 Keiji Inafune, the creator of the Dead Rising and Mega Man series and working on the upcoming Soul Sacrifice for the Vita, believes that emotions need to become a pillar of the games of the future.

While neither Dead Rising nor Mega Man were hugely emotion filled titles, the creator of both series, Keiji Inafune, believes that if video game wish to evolve as a medium then they need to focus on trying to be overly realistic and have lots of ‘shiny’ things but rather connect with the people who play on an emotional level.

The talented developer is currently working on a new IP for the PlayStation Vita. Titled, Soul Sacrifice, the game is hoping to conflict the gamer’s emotions and thought process as it will require players to sacrifice parts of their in-game character’s body in order to cast spells. The more powerful the desired spell is, the bigger the sacrifice the player will have to make.

In fact, the game’s most powerful spell is one where the player removes his spine to be used as a sword able to devastate any enemy, the sacrifice is that the player dies…in the game, not real life obviously.

The game dynamic is something new in the industry and Keiji believes that in order to differentiate himself from every other developer he is looking to expand the horizons of what developers should focus on when creating a game.

He said, “The creators of the best games today have realized that they need to do something more than becoming more realistic, more sensational – it’s probably already hit the ceiling.” Before continuing, “(Developers) thinking about creating something new by including that emotional aspect.”

Keiji went on to explain that this ethos would form the foundation of his future projects, starting with Soul Sacrifice.

“In order to compete with the top game creators today, I’ve also had to think about including that emotional aspect. The games I work on will all include that as a big theme.”

Earlier on Keiji criticized developers who were focusing too much on realism. He said, “In many modern, action games, it’s about how realist you can make the experience, how sensational the action is.”

Japanese developers seem to be at the forefront of breaking the norms when it comes to video games as Soul Sacrifice follows the critically acclaimed titles, Dead Souls and Dark Souls, which punished gamers but kept them wanting more.

Whether or not Mr. Keiji Inafune’s concept works depends on how gamers take to Soul Sacrifice, which could prove to a major selling point for the PlayStation Vita.

But what about the reader; would they rather have more realistic games or games that engage them emotionally, or maybe even a bit of both? Let us know in the comments section below.