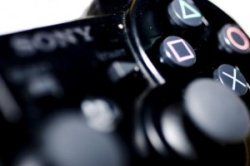 EA and Visceral Games are set to take the Dead Space horror experience one step further by allowing players to dismember and torture the human AI in the third instalment of the series…for fun.

Dead Space was one of the biggest surprises in recent gaming history as the game brought the fading survival horror genre back to life. The game was praised for the atmospheric environments, haunting soundtrack and downright terrifying moments as the new IP from Electronic Arts and Visceral games took the world by storm.

Well, by storm it is inferred that gamers who wanted a survival horror experience, which apparently is not as many as those who prefer brainless first-person shooters. However, the game received praise from review sites for the unique, claustrophobia inducing and isolation invoking feeling that the game created for the players.

The second game, although not as scary as the first, still had plenty of memorable, jump in your seat moments and continued to build on the success of the first.

The third game will still stick to the horror formula but will take on a more action-oriented approach. The developers have added co-op to the game’s story mode after feedback which suggested that players wanted to share the experience with other people. EA likened it to wanting to watch a horror movie with a friend and was therefore “the next logical step”.

However, the game seems to also be amping up the gore and violence that the series has also become so well known for. In the first two instalments of the game the player had to fight the deformed remnants of human beings known as Necromorphs, however, in the third game they will also have to fight other humans as well.

This brings in a major question; seeing how the game relied on using tools as weapons to dismember the limbs of the Necromorphs, many wondered if the same mechanic would be applied to the human enemies and the answer is yes.

Steve Papoutsis, the Vice-President of Visceral Studios, explained that players could, if they wanted to, shoot off the limbs of the human enemies in the game. “You don’t just have to shoot off their limbs, but if that’s the kind of thing you’re into, you can certainly take off their limbs and torture them. You can even stomp on them.”

That will surely give the ratings board something to think about but Papoutsis pointed out that whether or not players did that was completely up to them. He said, “I think that really comes down to an individual’s play-style, and most importantly, if they find that to be fun.”

What about the reader, will he or she be dismembering all in their path in Dead Space 3 or leave that just for the Necromorphs? Let us know in the comments section below.