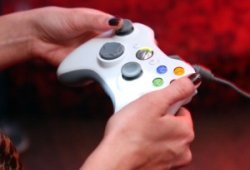 Visceral Games is hoping that the option to play the game with another person and share the scares with another player will make the game more accessible to more gamers.

There may be concerns from some sections of fans of the Dead Space series regarding the inclusion of a co-op mode but Steve Papoutsis, the game’s executive producer, is standing by the studio’s decision to move in this direction.

The original game was a single player only experience and one that received rave reviews and pretty much brought the survival horror genre back into the mainstream. Many were surprised by just how brilliant a game Visceral had put out and the sequel was one of the most eagerly awaited titles.

However, Visceral, with the aim of charting new territory, introduced multiplayer in Dead Space 2 but the move backfired and many felt that the mode took away from the game more than it added to it.

Visceral seem to have learnt from that mistake but are willing to take risks and find a way where more than one player can experience terror with a friend. The developers have introduced co-op in Dead Space 3 and one of the reasons behind it is to make the game more accessible for those who would have found the single player experience too daunting.

Steve Papoutsis, the executive producer of the game, said, “It’s definitely something we think about and something like co-op perhaps is for them.” Before going on to elaborate, “Maybe you’re not the kind of person who goes and sees a horror movie by themselves. But if you go with your buddies now you’re cool.” “Maybe that’s the experience people get with co-op and now they’re able to experience Dead Space.”

At the same time, the executive producer also commented, “Or maybe, furthermore, people really want to play but they’re not very good.” Before adding, “So maybe now they play with someone who is good and they can go through the story and feel that they’re helping out.”

The co-op mode is completely optional, with players able to play through the game on their own if they wish. However, at the same time, the co-op modes sees players visit new areas and experience the game slightly differently than if they were to go it alone.

Visceral also commented on how the studio had incorporated the Kinect’s voice control feature into the game and how players were in for a few surprises on that particular front.

But what is your take on the point of accessibility; does it take away from the experience or add to it? Let us know how you feel about the potential of experiencing Dead Space 3 with a friend in the comments section below.