Dementia is a core part of Dead Space 3 co-op 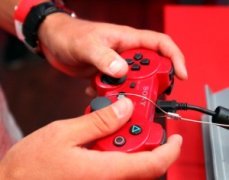 Visceral Games’ executive producer, Steve Papoutsis, discusses how each character in the co-op game mode will experience unique hallucinations which will form a core part of the game.

The original Dead Space game was a single player only experience and managed to breathe some life into the flailing survival-horror genre and filled the vacuum left by the action-oriented Resident Evil games and the lacklustre Silent Hill games.

While the first game surprised everyone, the second game built on the first game’s success and saw the production values increase. With it came the series’ first venture into the multiplayer area. However, the game’s player versus player mode did not catch on as well as Visceral would have hoped with many being left with a feeling that it took away from the game rather than add to it.

The game’s developers seem to have sensed this and have changed their approach towards the entire multiplayer concept. Introducing co-op  is seen as a major risk by many who are already drawing comparisons to how the Resident Evil series lost its way after introducing co-op in Resident Evil 5.

The issue seems to be with fans being concerned over the loss of the horror element that the Dead Space series has built its reputation on. However, one of the pillars of the Dead Space series’ horror has always been the hallucinations and the dementia that the game’s protagonist, Isaac Clarke suffers.

Steve Papoutsis explained that it also provided the perfect opportunity for scares in the co-op mode as well. He said, “Dementia has been an undercurrent throughout the Dead Space games: it’s always been there and has always been a big cornerstone of the franchise, so we were able to utilize dementia in a way that allows Carver and Isaac to see different things from time to time.”

One of the ways it will work is that each player will experience different hallucinations and create a sense of confusion where both players will be seeing different things in the same area.

The executive producer elaborated, “”What are you doing man? Help me out here – what are you doing!?!” And you’re saying, “Are you crazy? I’m seeing something totally different, you’re not seeing this?” You start to have a little argument and it’s like you’re having real-life dementia when the characters in the game are having dementia and it’s different, nobody’s done that.”

It certainly is an interesting concept and one will have to wait and see whether or not it works and puts the doubts that many have in their minds to rest.

But what do you think; will Dead Space 3’s co-op work or not? Let us know in the comments section below.