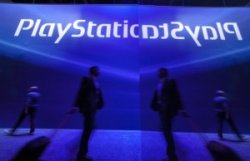 The PlayStation Store is offering a number of new titles including the game many are claiming to be a contender for ‘Game of the Year’.

Sony is hard at work trying to make the PlayStation Store the place for gamers to get their content, thus making the PlayStation brand more attractive than its competitors. Whether or not that plan works is something that can only be judged in the long run.

The consumer electronics company recently changed its top level management in order to bring a greater focus on digital content and cloud technology. The results may not be as profound but glimpses of it can be seen, especially in terms of how the PlayStation Store has suddenly burst into life.

Offering Dishonored on the same day as the game’s release in the retail market, Sony managed to persuade many gamers to download the game from the PSN Store instead of a third-party retailer. Priced the same as the retail version at $59.99, the only drawback is the fact that the game file is a whopping 6.27GB.

The official description of the game, for that one person who has not heard about it, is as follows:

“Dishonored is an immersive first-person action game that casts you as a supernatural assassin driven by revenge. With Dishonored’s flexible combat system, creatively eliminate your targets as you combine the supernatural abilities, weapons and unusual gadgets at your disposal. Pursue your enemies under the cover of darkness or ruthlessly attack them head on with weapons drawn. The outcome of each mission plays out based on the choices you make.”

Apart from Dishonored, which is making waves in the gaming world, Birds of Steel, which puts the player in the pilot seat of some of the most iconic fighters to have taken to the skies in World War Two, is also available via the PlayStation Store as well.

Priced at a more modest $29.99 with a file size of 5.72GB, Birds of Steel will appeal to a fair number of gamers looking for their aerial combat fix.

The Devil May Cry HD Collection, which bundles the first two games and Devil May Cry 3: Dante’s Awakening Special Edition into one package, is also available for $29.99, as Sony will be looking to take advantage of the steadily building hype for the upcoming instalment in the series.

Lastly, The Testament of Sherlock Holmes is also available for download and is priced at $39.99.

One notable PlayStation Network exclusive title is The Walking Dead: Episode 4 – Around Every Corner, which took the top spot in the monthly PSN charts for September.

As for PlayStation Plus subscribers, well they have King of Fighters XIII to look forward to for the price of FREE!