Dota 2 Heroes – An Introduction to Atropos the Bane Elemental 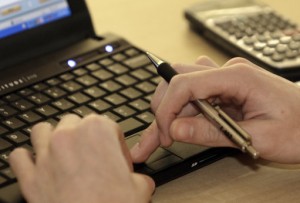 Atropos the Bane is an intelligence hero whose main benefit lies in his ability to gank.

He is a very level-dependant hero and therefore a viable choice for mid lane. His presence on the battlefield keeps the enemy glancing over their shoulders continuously, as a ghostly appearance by him means certain death.

His first skill Enfeeble is a single-target ability that will reduce an enemy’s attack damage by 100 for a 20-second duration. This damage reduction is a static amount and will take items into account.

His second skill Brain Sap is also a single-target ability that will absorb 300 hit-points (hp) from an enemy target. This damage is pure in nature and will give Bane 300 hp regardless of how much health the target has.

Nightmare, his third skill, is yet another single-target ability that will sleep an enemy or ally unit for 7 seconds. While sleeping, these units will take 20 damage per second and if attacked while sleeping, the attacker will then be forced into a slumber instead of the initial target. On the other hand, using magical spells against the Nightmare target will deal damage and wake up the sleeping target, but will not send the attacker into a state of slumber. As you can imagine, denying an ally or even yourself with this spell can be very useful.

Bane’s ultimate Fiend’s Grip is, yes you guessed it correctly, another single-target ability. This is a channelling spell that will lock an enemy in place for 5 seconds. During these 5 seconds, Bane will deal 215 damage per second as well as steal 5% of their maximum mana per second. The disable and mana drain will work through magic immunity, but the damage will not.

Aghanim’s Scepter can be picked up by Bane and it will buff his ultimate by extending the duration from 5 seconds to 6, increasing the damage per second from 215 to 270 and also increasing the mana drain from 5% of enemy’s maximum mana to 10%.

Bane is a hero who is more than capable of handling half of the enemy team all by himself, to an extent of course. The sheer amount of disables and debuffs at his disposal, not to mention an ability to leech life off his target, is something that makes him a popular choice in competitive games. A little bit of caution for you though, unlocking the true potential of Bane requires some pretty quick thinking and even quicker finger work. You need to be well aware of the timing of the abilities as a miscalculation can pretty much strip you of the strong advantage that you may have been enjoying during the battle. Keeping all this in mind, I strongly recommend Bane for intermediate players.