Dota 2 Heroes – An Introduction to Banehallow the Lycanthrope 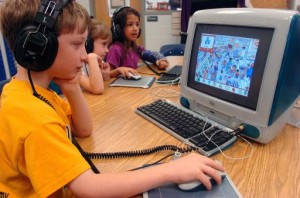 Banehallow the Lycanthrope, or Lycan as he is normally referred to as, is a strength hero who has a capacity to be a strong pusher and late game carry. He can also be put in a side solo and can also jungle with relative ease. More often than not, he will stay away from battles during the first quarter of the game and then suddenly make an appearance to wreck havoc without showing any mercy.

His first skill Summon Wolves will, well, summon wolves as the name suggests. These wolves will get strongest with each level and will last up to 55 seconds. When they are maxed out, they will have critical strike and permanent invisibility. Their critical strike will trigger 30% of the time and will allow them to do 1.5-times the normal damage. The invisibility is much like Rikimaru’s ultimate where they will become visible only after attacking and then go back into their sheltered state after a short fade time.

His second skill Howl is a global ability that, only with 30 mana cost and 35 seconds cool-down, will buff all allied heroes with 50 damage for a 12-second period. Any allied controlled units, which of course include your wolves, will get 16 damage from this as well.

Lycan’s third skill Feral Impulse is a passive ability that will increase both his as well as his controlled units’ attack speed and damage. This has a 900 Area of Effect (AoE) and will passively buff you and your units for a 30% damage increase and a 30% attack speed increase.

Now we come to Lycan’s ultimate, which is called Shapeshift. It is an active ability that will turn you into a wolf. Not only will you look like the four-legged animal, but both you and the units you control will be given a max speed and will be immune to any slows. This state lasts for 18 seconds and will not only give you speed, but an additional 300 hit-points (hp) as well. In addition to this, you will also gain attack speed, as well as gain 1800 day and night vision. Lastly, you will join your wolves by having a critical strike of your own. 30% of yours attacks will deal 1.75-times the normal damage.

Lycan may not be a farm-dependent hero, but a few strength-boosting items as well as life-steal works exceptionally well on him. He is excellent at pretty much everything without or without his core build. To further add to his intimidating factor, the wolves are a real menace right from the beginning of the game and end up becoming a real force once they gain invisibility and critical strike. It is pretty easy to own with this hero even if you do not fancy yourself as a Defense of the Ancients (Dota) 2 pro.