Dota 2 Heroes – An introduction to Magina the Anti-Mage 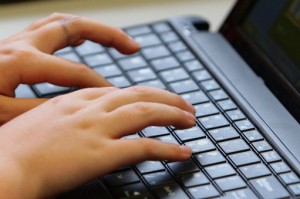 Magina the Anti-Mage is every intelligence hero’s nightmare. Arguably one of the best agility hard carry hero in Defense of the Ancients (Dota) 2, he will be normally picked when the other team has a range of heroes that rely heavily on mana.

Arguably the most hated hero in the entire game, Anti-Mage is an extremely hard hero to kill as he has an innate ability to escape foes in a blink of an eye.

His first skill Mana Break is one of the strongest passives in the game. It will give Anti-Mage a mana break orb effect for every single one of his auto attacks. At Level 4, each attack will burn 64 mana from his enemies. On top of this, for every point of mana burnt, he will deal 0.6 damage. This basically means that for every 64 mana burnt on each attack, he will deal an extra 38 damage. When the enemy is completely out of mana, well, we will get to that later!

His second ability Blink does exactly what the name states. At Level 4, you will be able to blink 1150 range away with only a 5-second cool-down. Yes, this ability will allow you to dodge incoming projectiles if used at the right time.

I feel a bit like a broken record here, but Spell Shield is also one of the most powerful passives in the game. It is a little bit simple than the Mana Break though. At Level 4, you will gain a passive 50% resistance to magic spells. Yes, this is actually stackable with other magic resistance items, which is an extremely rare mechanic. This is what causes the very tanky build that we see on Anti-Mage, based on the fact that he will take very little damage from actual magic spells.

Like I mentioned before, once you burn all of someone’s mana, you will lose that precious bonus attack damage. But fear not friend, for Anti-Mage’s ultimate is here to save the day. Mana Void is a single-target spell that, when used on an enemy, will deal 1.1 damage per mana point that they are missing. This damage will also hit enemies in a 300 Area of Effect (AoE) of the primary target. To add insult to injury, the initial target will get stunned for a 0.3-second duration. This mini-stun mechanic of the ultimate will go through magic immunity.

When Magina sets his sights on an enemy, he normally gets him. His skills make him a strong hero killer and with the ability to blink at his disposal, he does not have much to fear while farming. Once he is done with his core build, the effect of his skills become even more devastating.