Dota 2 Heroes – An introduction to Mortred the Phantom Assassin 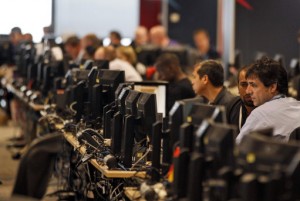 Mortred the Phantom Assassin is arguably one of the strongest heroes in Defense of the Ancients (Dota 2). She may not be the most tough-looking hero in game, nor does her basic abilities seem really devastating. However, with one of the most effective ultimates of the game at her disposal, finding her enemies fleeing from her is quite understandable.

Phantom Assassin is an agility carry hero who hits like an absolute truck. She is very farm-dependent and is famous for taking out heroes in one single hit.

Her first ability Stifling Dagger is a single-target spell that would slow down the movement speed of the target by 50 percent for 4 seconds while dealing 200 pure damage for it’s a non-hero unit at its highest level. Heroes will take half the damage from this. You can probably guess that the slow mechanic is extremely important against heroes, while the 200 pure damage is terrific for last-hitting creeps.

Similar to Rikimaru’s Blink Strike ability, Phantom Assassin’s Phantom Strike will cause her to blink to an ally or enemy target, with this skill within a 1000 range. If the selected target is an enemy, Phantom Assassin will gain 100 percent attack speed against that same target for either 3 seconds or 4 attacks, whichever comes first.

Blur is a passive ability that will give Phantom Assassin a 35 percent chance to dodge incoming physical attacks. This is the same mechanic as evasion and thus will not stack with evasion items such as Butterfly. Another aspect to this skill is that if a non-invisible hero unit is within a 1600 radius, Mortred will gain 80 percent transparency, therefore being harder to see for enemy players. When the transparency is applied or removed, there is a 1.5-second delay, so keep that in mind.

Although a very simple skill in nature, Phantom Assassin’s ultimate Coup de Grace is extremely powerful with the right item set. At Level 3, she will gain a 15 percent chance to deal a 4-times critical strike, which is by far the highest in the game. This will make 1000-damage critical strikes a common sight on the battlefield.

The Phantom Assassin does not have many active spells, something that is expected to make her appropriate for newbies. However, to really make an impact with the hero, a good and quick farm is essential. She is fragile still the very start of the game and does little to put on a few extra pounds. Therefore, strong damage items along with life-steal item are extremely crucial for her. It becomes next to impossible to take her down once she manages to complete her core inventory built. All her spells serve to make her a real specialist in initiating attacks and finishing the enemy in a couple of blows.