Dota 2 Heroes – An Introduction to Nessaj the Chaos Knight 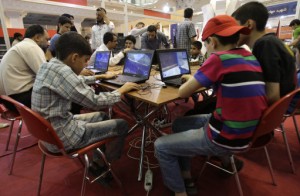 Nessaj the Chaos Knight is an ideal choice for Defense of the Ancients (Dota) 2 players who have strong faith in their luck.

While the element of surprise keeps him from becoming one of the strongest heroes in the game, he can surely prove to be devastating because of his capability to deal massive amount of damage and stun his opponents for as long as 4 seconds.

Chaos Knight is a strength carry hero who has a potential to push and be best described as a hero of chance.

His first ability Chaos Bolt is essentially a single-target stun. At its highest level, the ability will deal a random amount of damage between 100 and 275 and will also stun for random duration anywhere between 2 and 4 seconds.

Reality Rift is a kind of like a Blink Strike but with a few twists along the way. It is a single target spell that will teleport both you and the target unit to a random point along the line between the two of you. This will also cause the target unit to face you while giving you 100 percent bonus damage for 1.2 seconds. Also, any illusion that you may own and is within a 1400 Area of Effect (AoE) will be blinked to your new position as well. The reason why this is important will become clear when we talk about his ultimate.

Chaos Strike is, well, a critical strike. Much like his previous abilities, this fits in with the whole random number generating thing that we have going here.  This skill will passively give Chaos Knight a 10 percent chance to deal 3 times his normal damage.

Phantasm is Chaos Knight’s ultimate and will summon 3 images of himself that lasts for a 24-second period. When used, the images and the actual hero will be jumbled up, which is intended to effectively fool the enemy. The summon images will be pretty powerful. Even though they will take 200 percent damage, it is still a lot less than other illusions. To top it all, each image will deal full damage overall. As mentioned earlier, these illusions will actually work with your Reality Rift as long as they are within a 1400 AoE of where you blink to.

With his excellent tanking abilities, Chaos Knight is a good choice for players who are not afraid to move to the front during battles. With his Stun Bolt capable of dealing a 4 second stun, he can also serve to help his team mates in completely devouring an enemy before it can as much as move a muscle, literally. When used effectively and with luck going your way, there is very little one can do to stop Chaos Knight from dominating the battlefield.