Dota 2 Heroes – An Introduction to Sven the Rogue Knight 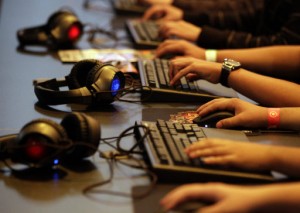 Sven the Rogue Knight is a strength hero that has a great initial power during the lane phase, which is why he is mostly played as a support.

However, fear not as he is also able to carry if given enough farm. His potential to deal damage is massive, while possessing a disable along with the ability to boost armour makes killing him a taxing chore for his enemies.

His first ability Storm Hammer is a skill that must be used on a single target, but will affect other enemies within a 255 Area of Effect (AoE) as well. When used, it will stun those targets for 2 seconds, as well as damage them for 325. One great aspect of this skill is that it cannot be dodged by blinking or moving away. The fact that the skill only has a cool-down of 15 seconds makes it extremely useful in battle, allowing it to be used more than just once.

Sven’s second skill Great Cleave is a passive ability that will cause him to attack with greater force, therefore cleaving all enemies within a 200 AoE with his attacks. It works in a pretty similar way to Battlefury, though the radius of cleave is a bit smaller. However, the amount of cleave is 60% instead of 35% granted by Battlefury. And oh, you also do not need to spend 4350 gold on getting a cleave either. Just keep in mind that cleave damage is reduced by armour type and not by armour value. Additionally, the damage goes through magic immunity as well.

Sven’s third skill is named Warcry. When activating this skill, the Rogue Knight and his allies within a 700 AoE will gain +12 armour as well as +12% movement speed for an 8-second duration. This ability stacks with all other armour and movement speed buffs in the game. This can be used to help your team initiate or run away from battle.

Now let us talk about Sven’s ultimate which is named God’s Strength. When activated, Sven will channel all his rogue strength and thus gain a 180% damage buff for 25 seconds. Just remember that the damage increase is for base damage and primary attribute bonuses only.  There is a 0.3-second transformation time when God’s Strength is activated, which if timed correctly can be used to dodge stuns. A great aspect of getting 180% damage buff through this skill is that it cannot be purged, something that pretty much put Sven at the mercy of Diffusal Blade and purge abilities in the original DotA.

Sven’s ultimate pretty much fulfils his damage requirements, thus it is recommended to go for health-points (HP) and attack speed boosting items. Picking up a Black King Bar (BKB) is a pretty viable choice as it allows him to use his ultimate effective without worrying about getting disabled or getting bombarded with nukes as he moves in to strike his enemies.