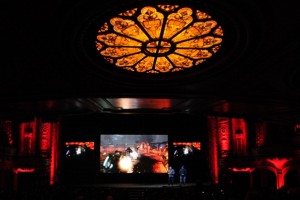 PlayStation 3 demo set to hit the PlayStation Network a week after the Xbox 360 demo is released on the 15th of January. No confirmation of whether or not there will be co-op

The hype train for the third instalment in the Dead Space series is gathering steam and chugging down the track towards its release at an ever increasing pace. Since its announcement at E3 earlier on in the year, the game has come under the microscope of many a gamer, fan and critic.

A number of reasons were behind this increased scrutiny including the new game mechanic which allows Isaac Clarke and John Carver, the two protagonists, to take cover and also the inclusion of co-op gameplay.

Fans have voiced their concerns about the Dead Space series going the way of Resident Evil, which is regarded by many as going downhill, with the introduction of co-op and a more action oriented focus. However, the game’s developers, Visceral Games, have come forward and done their best to allay those concerns stating that the studio’s approach to horror is different, unique and experimental. It involves one player experiencing hallucinations while the other does not, causing confusion and panic.

Players will be able to experience the horror for themselves as EA has confirmed that they plan on releasing a demo for the game on both the Xbox 360 and the PlayStation 3 in January. EA will be hoping that the chance for players to try the game out will convince those on the fence to go out and purchase the game when it finally hits stores.

The demo hits the Xbox 360 halfway through the month of January, on the 15th of the month, while PlayStation 3 users will have to wait an extra week before they can jump into the third terrifying adventure where Isaac Clarke’s mind is finding it harder to separate reality from hallucination.

There has been no news as to whether or not the game will feature a co-op mode as well though it does seem likely, especially seeing how EA will be hoping to convince fans that the feature works in the game.

Dead Space 3 is scheduled for a Q1 release and the series has come a long way from being a surprise package a few years ago. The game flew in under the radar and left everyone who played it impressed with just what a solid survival horror experience the game was.

EA noticed this and a sequel was released soon after, which sold better than its predecessor and when that happens then one can bet his house that the publisher will be releasing another instalment in the series.

It will be interesting to see whether Dead Space 3 builds on the IPs success or whether it had peaked in Dead Space 2.