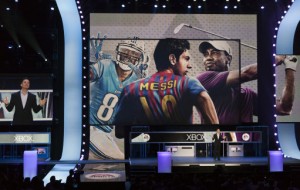 David Rutter, the executive producer of the FIFA series, claims that the way the series’ code is structured allows for features to be added or removed with each new iteration.

Chances are that if a person is passionate about football and owns a video game console then he or she has owned at least one of the FIFA titles that have been released over the past few decades.

There was a time when the Pro Evolution series ran riot in gaming circles and was ‘the’ footy game of choice however, since Rutter has taken over the helm of the FIFA development team the series has seen a change in fortunes.

Last year, FIFA 12 became EA Sports’ best-selling sports title of all time. However, the game was a major risk as the game’s developer tinkered with the core foundations the series had been known for.

The game’s physical impact engine and tactical defending options opened up the game drastically and was embraced by the gaming public.

Rutter explained that the way the development team had structured the game’s code made it easy to add new features and remove ones that did not prove to be a success.

“We are in a great position to approach technologies in a very modular way; essentially ripping out features and adding new ones in.” before adding how it was possible, “All of this was possible because the way our game code is structured.”

Rutter also pointed out that although the current generation of consoles are reaching their limits they have not been the major factor in determining which features do and do not make it into the final version of the game.

He said, “For the FIFA team, we haven’t got to a point where anything we’ve wanted to include in the game hasn’t been possible. In the past when we’ve decided not to include something it has not been because of technological limitations.”

The executive producer admitted that the current generation of gaming consoles still had enough power and potential for the FIFA franchise for the time being at least. He said, “So we’re still doing some pretty amazing things in our game for current generation technology.”

At the same time, Rutter also admitted that he wouldn’t mind the next generation of consoles to come around either as there were a few limitations that the current-gen posed but at the same time the development team would worry about crossing that particular bridge when they got there.

What does the reader think? Does the FIFA series need the next generation of consoles or can is the current line of consoles good enough to last it a couple of years? Let us know in the comments section below.