Game of Thrones: Ascent is inspired by Mass Effect and Dragon Age 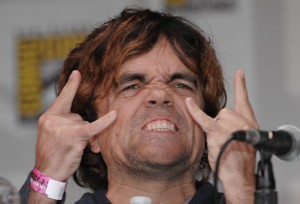 Developer, Disruptor Beam, working on social game based on the Game of Thrones universe for Facebook and wants to provide an experience that no other game on that platform has.

A Song of Ice and Fire is a series of novels written by George R.R. Martin, though many will be more familiar with the popular HBO television series, Game of Thrones, which is based on those very novels.

In fact, George R.R. Martin even helped write the script of a number of the series’ episodes and is actively involved in its development. However, one thing the talented and imaginative author will not be working hands on with is the Facebook game, Game of Thrones: Ascent, which is being developed by Boston-based developer, Disruptor Beam.

The game is set to be a social gaming experience based around the universe itself and not necessarily  the novels or the TV series, although it would borough heavily from the overarching storyline that every character finds themselves a part of.

Jon Radoff, the CEO of Disruptor Beam, happens to be a fan of the series and hopes that Ascent will be something fresh and new for those who actively play and enjoy games on Facebook, as well as a  true social experience for fans of the Game of Thrones phenomenon.

He said, “I was a fan of the books before I ever started Disruptor Beam. I wanted to make this game true to his vision, and something that fans like me will enjoy.”

Radoff went on to explain that the depth in the upcoming game would be something that a no social platform game has been able to boast with the focus being on the story and how characters deal with each other. “People haven’t seen this in a social game, yet. It comes down to good storytelling and character interaction.”

The developer also pointed out that the studio’s approach was different from how one would cater for a movie or a television show. He said, “For the most part, films are a spectacle that happens at a point in time. These are not the type of IP that Disruptor Beam wants to work with. Our business model is to create very community centred games that will genuinely involve fans.”

He summed up his earlier point by saying, “We’re not in business to promote films or TV. We want to create games.”

When asked for a release date for the social network title, Radoff sidestepped the question by stating that the game would be ready when the studio was satisfied.

Ascent will not be the first game based on the Game of Thrones series as an RPG was released on PCs earlier in the year. That game however, received mixed reviews. It will be interesting to see how Game of Thrones: Ascent turns out.