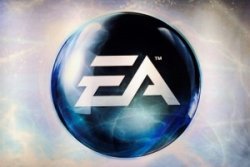 The next year already holds plenty of promise for gamers with a plethora of new titles, reboots, prequels and sequels set to be released and we take a look at the best of them.

The first of these highly anticipated games is one that is sure to torment and provide a few scares for the player. Dead Space 3 will kick the ‘AAA’ titles of 2013 off on the 5th of February in North America. Gamers in Europe and Australia will have to wait until the 7th and 15th of February respectively.

Developer, Visceral Games, is set to take the game in a new direction in a number of ways. The first noticeable change that will smack players in the face is the change in setting. Gone is the haunting Ishimura and the Saturn settlement, with its relative comforts and in comes a frozen volcanic planet setting, where players will have to battle the elements along with the necromorphs and the Marker.

This is the third instalment with Isaac Clarke as the protagonist and one can expect his torment and suffering to continue as he falls further into dementia and his hallucinations become even more profound.

However, this time around, he will not be alone in trying to stab himself in the eye, as John Carver, a resident security officer on Tau Volantis, the aforementioned frozen volcanic planet, will also be present.

Players can choose to play the game alone or with a friend as it now supports co-op. this feature has been met with raised eyebrows from fans of the series who are worried that the game will be heading more in the action section and less into the horror, which it is known for. Some are even drawing comparisons to Resident Evil 5 and how that game did not appeal to the core fans of the series.

However, the mode is optional and players can still play through the game on their own, so calm down. In addition, the game has scrapped the widely criticized multiplayer mode from the second game.

Is Dead Space 3 the game you are looking forward to the most or is this next title one that you’ve had your eye on ever since it was teased by Crytek?

Disclaimer: the views and opinions expressed in this article are the writer’s own and do not reflect the editorial of news.wishfree.com in any way.