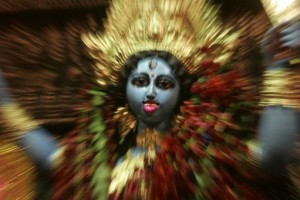 Hi-Rez Studios has confirmed that it will not be introducing Jewish, Christian and Islamic figures to its deity-based multiplayer online battle arena (MOBA) game SMITE.

The studio has shown a lot of boldness by using deities and figures from various religions as playable characters and creating a scenario where they have to combat each other in SMITE.

Deities from the Hindu faith have been included in the character roster, consequently sparking a controversy. The president of the Universal Society of Hinduism Rajan Zed has requested the developers to remove the Hindu gods from the game, contending that allowing players to control and manipulate Kali and other deities through the use of controller, mouse and keyboard is denigration. He went on to add that he was completely against “refashioning Hinduism concepts and symbols for mercantile greed.”

Talking to GameSpot about the controversy that has recently emerged, the chief operating officer of the studio Todd Harris made it clear that the studio has no intention of fulfilling Zed’s request. He explained that the religious figures from the Hindu faith have been used in SMITE because of the religion’s extensive history and diversity. Both these characteristics serve as an excellent source of inspiration for a number of characters introduced in SMITE.

Harris further went on to add that religious figures from the Greek, Chinese, Egyptian and Norse mythologies are also being used as a base of inspiration, pretty much for the same reason as the Hindu faith has been used and will help in designing more characters for the game.

Responding to GameSpot’s query regarding the use of religious figures from Abrahamic religion, which include Islam, Christianity and Judaism, Harris said that they have stayed clear of them and have no plans of adding characters based on these figures to SMITE in the future either.

“From [the] perspective of a video game, the key Abrahamic figures–Adam, Noah, Moses, Jesus, Mohammed, are not that interesting in character design or gameplay. They are all human. They never overlapped or interacted with one another. They certainly never fought each other in dramatic fashion with unique abilities. They are all peaceful–at best they would be support characters,” Harris said.

The decision to stay clear of these religions may have been influenced by the studio’s awareness of the extent and intensity of backlash that normally follows the depiction of Abrahamic figures in any media.

While Hi-Rez has taken its chances and finds itself entrapped in a controversy due to usage of Hindu deities, the overall development of the game seems to be going pretty smoothly. Warcraft III’s mod Defense of the Ancients (DotA) has served as an obvious inspiration for SMITE, though a few significant changes such as third-person perspective and WASD movements promises to deliver an experience that would be quite unique.

The game is currently in a state of closed-Beta testing, though players can register themselves on the official site to receive an invitation and play the game before the complete version of the free-to-play MOBA becomes available for download on PC.