Home » News » Uncategorized » Is the Nintendo Wii U doomed from the start?

Is the Nintendo Wii U doomed from the start? 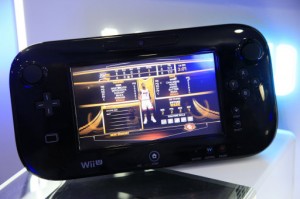 Or does Nintendo have another potential winner?

Wishfree.com looks into the strengths and weaknesses of the first of the next-generation consoles in order to determine whether or not it turns out to be the next big thing or that other thing that no one will remember when the PlayStation 4 and Xbox 720 are announced.

Nintendo Direct took place a few days ago and during the conference every single detail that consumers and gamers wanted to know about the console was revealed. But before we get into any of that it is important to put everything into context and for that one needs to take trip down memory lane to E3 2010.

Nintendo was the first out of the starting blocks when it officially unveiled its new console to mixed reviews. Without any games to demo, the console could even have been marketed as a tablet and PC combination. Nintendo’s share prices fell by 5% two days in a row and in general, it underwhelmed.

Fast forward a year later to E3 2011 and there wasn’t much improvement either. News building up to the event was all about the shortcomings of the console; basically, the Wii U is only marginally more powerful than the PlayStation 3 and Xbox 360 and that it could potentially only support one Wii U controller.

During E3 a number of announcements were made which put to rest some of those rumours and reports, however, Nintendo did admit that they were trying to optimize the system so that it could support two remotes.

In essence, the Wii U underwhelmed audiences whenever it was shown off and even during the Nintendo Direct conference, which took place one day after Apple announced their iPhone 5, the gaming industry walked away not knowing what to make of the console.

To be fair, Nintendo’s senior executives maintained from the get-go that getting around the concept of the Wii U for consumers would be a major obstacle in terms of sales. With not many gamers used to dual-screens one would need time to adjust and the only way gamers could actually do that was to play on the Wii U.

With the background sorted, it is now time to move on onto the various details including content, pricing and the matters relating to the console.