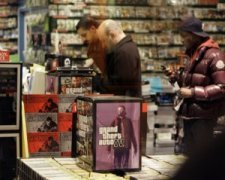 The iconic Metal Gear creator explains one of the sources he drew inspiration from, which just happens to be another giant in the industry.

Nearly everyone who is into video games has played a Metal Gear title and even more people will have played the Grand Theft Auto games. Both titles are poles apart in terms of design, genre, gameplay and pretty much every single aspect. One even used to be a console exclusive while the latter has been multi-platform for quite some time now.

However, Kojima points out that both games share a number of similarities as well, which the creator of the Metal Gear series highlighted, as both games took very different directions when they were released way back when.

He explained, “Grand Theft Auto III came out the same year as Metal Gear Solid 2: Sons of Liberty, and it seemed the thought process behind the two games were completely different.”

Kojima continued, “It was beyond game design; the area a player could explore was so vast that not even the game designer could predict all possible outcomes.”

Before concluding, “That title definitely opened my eyes.”

Kojima is often hailed as a visionary and a pioneer and his work on the Metal Gear games reflects that, as each game tends to innovate and add new gameplay dynamics. They are not copies of what works in the industry but many agree the Metal Gear games end up defining what other developers do.

The franchise has recently come at a cross-roads with the development of Kojima Production’s own in-house engine, the Fox Engine. The engine is designed specifically for upcoming Metal Gear games and Kojima has also hinted at new IPs as well.

One new IP, which is more of a spin-off, is Metal Gear Rising: Revengeance. The development responsibilities of which have been handed over to Platinum games who have more experience with action games.

It could be the first of many games based in the Metal Gear universe but differing in terms of gameplay. In fact, the action-packed hack and slash Rising is the polar opposite of the stealth based, tactical espionage series that is Metal Gear.

Could the next Metal Gear game be open-world with elements of GTA? Let us know what you think in the comments section below.