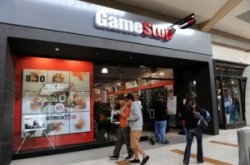 Whether developers admit it or not, one of the most important factors in determining if a game has been a success is the sales side of things. Yes, review scores and fans matter but for publishers and analysts sales do matter, which conveniently brings us to the weekly software sales charts for the United Kingdom (week ended 21st July).

Starting things off with the 10th spot and it seems The Elder Scrolls V: Skyrim is making a bit of a comeback as it re-enters the top ten. The game should continue to sell well until the release of the Dawnguard DLC, after which it should sell some more for a couple of weeks.

In ninth place is the Rockstar’s return to one of gaming’s most iconic franchises with Max Payne 3. The game may not be for everyone but there is no denying that the game is nothing short of brilliant.

Still in the charts despite having been released months ago is Mario & Sonic London 2012 Olympic Games and one can expect the game to spend a few more weeks in the top ten as the Olympics draw ever closer.

Batman: Arkham City jumps back into the top ten, which one can safely assume has been a result of the release of The Dark Knight Rises, so good business all around then.

Kingdom Hearts 3D: Dream Drop Distance makes its way on to the Nintendo 3DS and has made quite a penny in the process.

Call of Duty: Modern Warfare 3 can finally boast it has outsold its closest competitor, Battlefield 3, in the UK sales charts as Activision’s title manages to break into the top five after spending a considerable amount of time outside the top ten.

The Amazing Spider-Man is another game that has managed to please fans of the comic book and it continues to ride the wave of hype surrounding the Hollywood movie tie-in and finishes in fourth place for the week.

Ubisoft, the game’s developer and publisher, has gone on record admitting that Ghost Recon: Future Soldier has sold better than they had expected and the fact that the game finished third is the reason why. The tactical third-person shooter has been one of the best-selling titles since it was released and continues to sell well.

That brings us to first and second place and London 2012: The Official Video Game finishes as runner-up with Lego Batman 2: DC Super Heroes finishing in first place.

That’s it for another week’s look at the charts, keep it here for next week’s results.