Home » News » News , Uncategorized » Medal of Honor Warfighter not heading to the Vita

Medal of Honor Warfighter not heading to the Vita 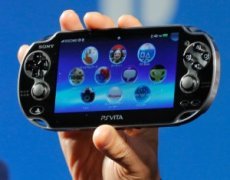 EA state Origin listing was an error and that the sequel to the Medal of Honor reboot is not in development for the PlayStation Vita.

Electronic Arts is a busy publisher as it is currently overseeing the development of a number of titles ranging from Dead Space 3 and Crysis 3, which are due to release in February next year, to FIFA 13 and Medal of Honor: Warfighter, which are due out this holiday season.

Medal of Honor: Warfighter is of special interest due to the fact that it is the sequel to the reboot of the series, which the game’s developer, Danger Close, has brought out of its traditional World War Two setting and into the word of modern-military combat.

The first game in the revamped series focused on Tier 1 Operatives and U.S. Army Rangers and their missions during the U.S. invasion of Afghanistan. The single-player campaign was praised but the multiplayer felt like a copy of the Battlefield Bad Company 2.

However, that game was developed by both Danger Close and DICE, with the latter responsible for the game’s multiplayer component. This time around the Medal of Honor IP will be Danger Close through and through.

The game was officially revealed at this year’s EA E3 Press Conference and the game looked spectacular, boasting some of the most impressive visuals on any shooter to date. The game is set for release on PCs, the Xbox 360 and the PlayStation 3, however, for a few moments when the game was listed for release on Sony’s second-generation portable gaming device pm EA’s online digital distribution platform, Origin.

The listing was removed soon after and an official statement from EA stated that the listing was an error and that a PlayStation Vita version of the game was not currently in development.

The move has confused many as to why EA would not want one of their own shooters on the PlayStation Vita especially with their closest competitor, Activision, already set to release Call of Duty: Black Ops: Declassified on the console.

EA has a habit of having information leaked to the general public via Origin but this time around the publisher has not confirmed the news as it usually does.

Battlefield 4 was confirmed earlier in the week after a listing revealed that access to the beta of the game would be made available to anyone who pre-ordered a copy of Medal of Honor Warfighter.

Whether or not the game would make its way on to the Vita in the future as the console begins to pick up some pace both in terms of content as well as sales.

We will have more on the story as and when it breaks.