Home » News » Uncategorized » Metro: Last Light will not be shinning on the Wii U…for now

Metro: Last Light will not be shinning on the Wii U…for now 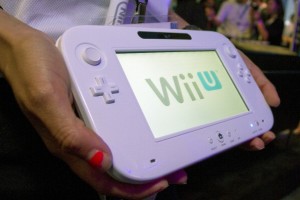 Developers slams the Wii U processor and is focused on finishing the game for other platforms as publisher, THQ, looks to break out of the financial struggles of the company.

4A has plenty of pressure to deal with. The developer is currently in the processing of bringing the next game in the post-apocalyptic Metro games to life with Metro: Last Light in development at the studio.

THQ, the publisher, is struggling on the financial front and would have been history had it not been for the better than expected sales of Saints Row: The Third and Darksiders 2. Both games have managed to keep the company afloat and buy the company some extra time.

One of the titles that the studio’s continued existence depends on is Metro: Last Light, as it was one of the points highlighted in a recent investor’s meeting. So for the game to be released on time and up to the standard of quality expected are paramount.

This has brought up the news that the developer has no plans of porting the game on to the Wii U, at least for the time being.

He said, “We had an early look at it, we thought we could probably do it.” Before continuing, “But in terms of the impact we would make on the overall quality of the game – potentially to its detriment – we just figured it wasn’t worth pursuing at this time.”

The THQ spokesperson did leave some room for hope for Wii U owners looking to one day have the game on their console, when he said, “It’s something we might return to. I really couldn’t make any promises though.”

The Nintendo Wii U was launched recently and is the first of the next-gen consoles to hit the market. Sony and Microsoft have not even announced their respective consoles which means Nintendo has a great chance to emulate the Wii’s success thanks to the early start.

Nintendo is aiming to cater to multiple audiences this time around with the Wii U and the line up reflects that to quite an extent. With titles like Assassin’s Creed 3, Batman Arkham City and ZombiU on offer, many players will be considering the console, especially because of the last game.

ZombiU was developed by Ubisoft and so far remains the reason for core gamers to invest in the console. Nintendo picked up on this and offered the ZombiU Wii U edition. Sales figures have not been released as yet and the world waits anxiously to see how the console has done in its crucial launch period and whether or not the Wii U is an early success.