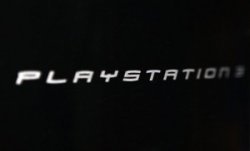 The Vice-President of Sony Computer Entertainment Network, Eric Lempel, explains how the new store will be more accessible for users and flexible in terms of design, allowing Sony to add new features with ease.

Sony is increasing its focus on its digital distribution platform as it looks to emphasize more on digital content and cloud technology. The current Sony president, Kazunori Hirai, was promoted from Sony Computer Entertainment for this very reason.

One of the first things he did was rebrand their online service to the Sony Entertainment Network or SEN, providing consumers with what is branded as being the one-stop shop for everyone’s digital content needs.

A major part of that is the PlayStation Network, which caters to everyone who owns one of Sony’s gaming consoles. The Store’s layout has been pretty much the same for quite some time now and Sony seem to have noticed that.

The latest layout and redesign of the PlayStation Store sees it built on HTML 5, which is important from Sony’s standpoint because it will allow them to add new features and make changes with minimum fuss.

One of the problems that users experienced was the difficulty in navigating and overall use of the Downloads section. The new store set up is aiming to solve that problem, although it won’t be implemented from day one.

A Sony representative said, “We know that searching the “My Downloads” list is important to a lot of you guys. Because the new PlayStation Store is built on HTML 5, it gives is the flexibility to seamlessly add new features and capabilities.”

Eric Lempel, also hyped up the store’s redesign as he promised gamers that it would be a smoother and less tedious experience. He said, “With so much to choose from, the redesign offers easier navigation to locate the perfect game, video or application.” Before continuing, “Product pages will deliver in-depth information about games and videos, while providing an amazing high definition visual experience found only on PS3.”

However, for those hoping that the sleek new design would be making its way on to the PlayStation Vita Store, well there is a bit of bad news, as Sony confirmed that the redesign was only for the PlayStation 3 version of the store.

“This new design is only for PS3. PS Vita store will be staying the same at this time.”

At the same time, they also assured Vita users that they were working on a redesign for the portable console’s digital distribution platform as well, but did not give any further details.

The new PlayStation Store is set to hit consoles in the US via an update on the 23rd of October and until then there are a number of screenshots showing off the sleek new design.