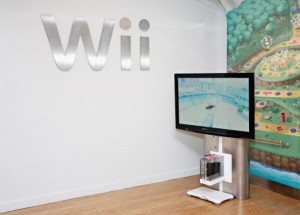 The Wii Mini lacks a number of features that the original Wii owners got to enjoy, something that Nintendo of Canada views as a small price to pay for the experience that is being offered for such an affordable price.

In a recent interview with Polygon, Nintendo of Canada communications director Matt Ryan explained that the lack of online functionality, SD card slot and GameCube backwards compatibility is the result of the company’s aim to keep the price of the system as low as possible.

He said that the idea is to make Wii Mini accessible for the widest possible audience, which is why the online functionality and other features were chopped off the original Wii U to keep the price low.

By setting the price of the new hardware at $99.99, Nintendo is targeting two potential audiences.

The first of these audiences is families that are yet to invest in a Wii console and the large number of games that are available in the market.

The other audience that the company hopes to court is the consumer who already has a large collection of Wii games, but is out in the market to buy a second console, which could be due to a number of reasons. He may just want a new console to keep in his secondary residence, or his previous console may have broken down, thus creating the need for a new purchase.

With neither of the two audiences looking very interested in the online functionality of Wii, the company decided to do away with it, which resulted in cost savings for the person who would eventually buy Wii Mini.

“The reason that we took [online functionality] out was that we don’t believe that everybody needs that to play games,” Ryan said. “I mean, a lot of the Wii experiences, and there’s over 1,400 of them that are disc-based Wii games, don’t require online functionality for you to have fun. Now, when you played Wii, or you played some of those games on Wii U, there’s enhanced fun factor when you play them online. But this system isn’t designed for the player who’s looking to have an online experience.”

The Nintendo of Canada communications director conceded that the company is confident about the new hardware doing well in the market as the consumers will find it hard to resist a cheap console with such a huge install-base.

Ryan also made it clear that the console has not been designed for the hardcore gamers, but has in fact been designed keeping families and late adopters in mind.

Nintendo confirmed last month that Wii Mini will remain exclusive to Canada, though the hardware may end up hitting other countries if it manages to make a solid impact at its target destination.