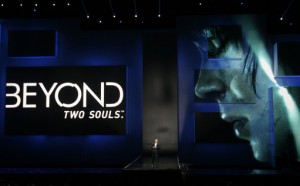 Sony Computer Entertainment Europe head, Jim Ryan, sees the Wii U as a threat to the PS3, however, he also believes that the PlayStation’s strong line up of content will be enough to beat the competition.

The Nintendo Wii U’s E3 media presentation left a lot to be desired as it underwhelmed a majority of the gaming population. The technology showed off was not as impressive as everyone had hoped apart from the star of the show, Ubisoft’s ZombiU, which could very well the only reason that gamers buy the console early on.

However, Sony seems to think that the Wii U poses a direct threat to the PlayStation business. Jim Ryan, the president of SCEE, acknowledged that Sony were aware of the interest in the first of the next generation of home consoles but that the PlayStation would still do better business based on the fact that the content on the console was more mature as developers had gotten to grips with the technology.

He said, “It’s obviously a potential risk but we feel really good about our content,” before continuing, “Obviously, it comes down to content. There are people who buy gadgets for the sake of the gadget, but that’s pretty niche.”

Sony had one of the better Press Conferences during E3 during which they showed plenty of new content as well as a few new IPs as well – a point that the SCEE boss was quick to point out.

“We feel good about our line-up that we showed at E3. We’re very excited about publishing it. We’ve got 30 million (hardware sales target) for this year, it’s a big number but we’ve got the tools to go out and deliver that.”

30-million is a fairly high number for a console to be aiming for this far along in its life cycle, yet this is with the content for the console reaching maturity as developers are able to push the console to its limits, it may just be possible.

Two titles, which took everyone by surprise were two new IPs set for the console. The first was from Quantic Dream, the experimentation based studio that likes to blow people’s minds by blurring the line between video games and film with their title Beyond: Two Souls and Naughty Dog with their gritty, Mature Rated post-apocalyptic survival-action game, The Last of Us.

Ryan was quick to highlight both titles when he said, “We’re certainly not complaining about the likes of David Cage’s Beyond and Naughty Dog’s The Last of Us being on the horizon.”

It seems that the Nintendo Wii U’s release will be closely monitored by all the players in the video game industry, however, Sony seem to be keeping the most keen eye at this point in time.