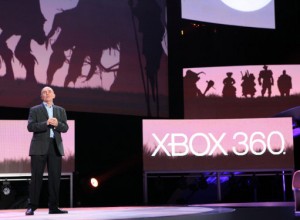 Curiosity, the latest game from the developer is a social experiment is a “test about the psychology of monetisation” in video games, not a money making tactic.

Downloadable Content has become the norm in video games these days with additional content being made available for gamers even after the game has been released. However, there has been some controversy on the matter as sections of the gaming community believe that they should only be made to once for a game rather than having to spend additional amounts for new content.

That section of gamers saw plenty of fuel thrown on their fire when a number of games turned out to have DLC already present on their CDs but could not unlock it without paying extra. It was basically a case of having possession of the DLC but not the ownership, which had to be purchased.

However, DLCs also allow gamers to have fresh experiences with the same game as well, which more often than not, if handled correctly, is not something many would frown upon.

His upcoming social game for the PC as well as mobile platforms, Curiosity, is focused around a black cube which gamers will have a turn at chiselling away at. The person who has the good fortune of hitting the cube at the very end and breaking it would get to see what is inside.

Molyneux said, “We will rely entirely on social media,” before continuing, “How will this person prove it? That in itself becomes a fascinating aspect of this experiment.”

During the chiselling process various tools will become available for players to use as they attempt to open the cube. These tools will be available for real world money and the price ranges from 5 pence to £50,000, with each tool having varying levels of strength in terms of damage dealt to the cube.

Molyneux acknowledged that “It’s an insane amount of money,” before pointing out that “This (Curiosity) is not a money-making exercise; it is a test about the psychology of monetisation.”

The experiment is set to be one of 22 that the developer is planning on conducting with the findings of each of them becoming a core part of the game that Molyneux is hoping to release within the next two years.

It should be mentioned that there the contents of the cube are said to be something “truly amazing” but is that enough to warrant spending £50,000?