“Pivotal” The Last of Us character revealed 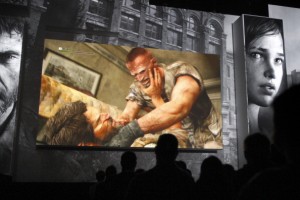 Eric Monacelli, the community strategist at Naughty Dog, reveals another key character in their upcoming game as it is revealed that 24 star, Annie Wersching, is Tess, Joel’s partner.

Sony is in full swing as it looks to end the year with a flurry of The Last of Us announcements as well as a host of other deals and special offers. The sudden flood of information surrounding Naughty Dog’s upcoming eagerly anticipated survival-adventure game began with the release of a new trailer during the Spike Video Game Awards.

The first trailer of the game was a teaser, which gave away just enough to get fans interested in the game. It was later revealed that the game was being developed by none other than Naughty Dog, which instantly made it jump to one of the most looked forward to announcements during E3.

When the full trailer was revealed it did not disappoint and had established itself as a game to watch out for. However, following E3 there seemed to be a blackout of The Last of Us related news. That is until the Sony opened the floodgates and announced the pre-order incentives for the game, a release date and a new trailer.

The game is set to hit stores on the 7th of May in 2013 and comes with its own multiplayer component as well. Many have likened The Last of Us to the Uncharted games, but more tuned towards mature audiences.

However, the latest trailer allowed viewers a deeper glimpse into the world Naughty Dog have created and introduced everyone to a number of new characters as well. One of whom is Joel’s partner in crime, Tess, who is described as “A hardened survivor living in one of the last remaining quarantine zones, Tess operates in the black market of a city under martial law.”

The description on the official PlayStation Blog continues, “Partners with Joel, they have become known within the criminal underworld for their ruthlessness.”

Before adding a bit more, “Street smart and confident, Tess is a savvy strategist and negotiator. Her ability to generate intelligent plans to secure the contraband for their trade is second to none.”

However, there is also set to be some underlying tension between Joel and Tess as the description adds, “Tess and Joel subscribe to the same dog-eat-dog philosophy. They survive by being willing to do what others can’t or won’t.” but “Her trust in and loyalty towards Joel runs deep.”

An interesting dynamic to throw in. as it turns out Annie Wersching, who played one of the main characters in the hit television series, 24, is the actor who lent her voice and movement for the game as well.

Does the introduction of this new character impress you? let us know in the comments section below.