PlayStation Vita set to get PS One support with next update 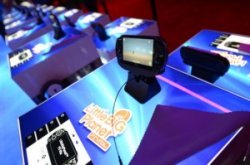 The next firmware update (1.80) will also add Cross Controller feature and a host of new enhancements including compatibility with iTunes and the long overdue ability to create playlists among other enhancements.

The PlayStation Blog has released the list of features that will be packed into the next firmware update for the PlayStation Vita, included are some of the features that many feel should have been available from launch, yet that debate is set to be put to rest soon.

Releasing on the 28th of August in North America, the 1.80 update brings the Cross Controller update, which will allow players to use the Vita as a controller for PlayStation 3 games. However, the feature will not be compatible with every game as only certain titles which support the Cross Controller feature will accommodate the Vita. So far the only title that can support the Vita as a controller is LittleBigPlanet 2.

The blog listed the feature as one that lets the player “take advantage of PS Vita’s rich features including the touch screen, rear touch pad, six-axis motion sensing system and cameras.”

The Vita can also be used to control the Videos and Music feature of the PlayStation 3 as well, something that surprisingly was not available up until now.

The music player will also be updated. The blog read, “Playlists will be supported in Music. You will be able to transfer iTunes (10.6.3 or later), M3U, and M3U8 playlists from a PS3 or a PC using Content Manager.”

The Web Browser also gets rear touch pad support with users able to use the feature to zoom in and out of web pages.

As for Video, users will be able to control the Playback speed as well as repeat videos. On the photos front, there is still not 3D support, but the Vita will now support MPO format files from both the PlayStation 3 and PC.

Group Messaging will also have “some new layout enhancements, you will be able to take photos to add as attachments when writing Group Messages.”

The features do expand the portfolio of what the Vita is capable of but the announcement which will please gamers the most is the fact that PlayStation One titles will be made available on the Vita. The lack of content has been a major issue for both users and consumers and PS One titles should help keep a significant portion of the population occupied until the likes of Assassin’s Creed 3: Liberation and Black Ops: Declassified are released.

LittleBIgPlanet Vita is set for release next month, however, after that gamers will have to wait until the holiday season before they can get their hands on any of the triple-A titles.