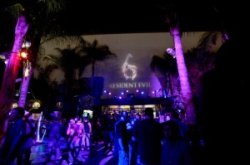 Things continue to go badly for Capcom as far as its Resident Evil franchise is concerned, with the latest offering in the series already finding itself stuck in a quicksand.

Those who pre-ordered Resident Evil 6 and subsequently downloaded the survival horror third-person shooter on their PlayStation 3 are unable to load the game.

Upon booting the game, they receive an error that states that the copyright protection information is invalid,

Capcom has already acknowledged the problem and released a statement to IGN in which they have explained the cause of the error.

“Essentially it is recognized that some consumers who downloaded the game from the PSN store pre-loaded (pre-order) or within the early hours of launch may be experiencing problems booting up the game. In short, early purchasers who tried to download the game from PSN store may have seen an error message, after they downloaded the day 1 patch,” stated Capcom.

While work has already started on creating a fix for the authentication issue faced by the digital purchasers of the game, Capcom has suggested a temporary fix that would allow gamers to bypass the issue.

The company has said that the people who receive the error will need to un-install the game and re-install it. This time, they would not be prompted to download the day one patch and will be able to successfully enter the game.

“Users who have previously downloaded the 1.01 patch will, unfortunately, have to delete the game from their PS3 and download it again,” suggested Capcom.

While following the given instructions will allow the digital version of the game to load, it will create another problem.

The company said that it a revised 1.01 patch will resolve the problem and let users playing on either version of the latest Resident Evil offering to play against each other.

The Resident Evil fans have not been satisfied with the recent titles in the horror survival third-person shooter, criticising all the parts that came out after Resident Evil 2, which is still considered to be the part title in the series.

Capcom had been hoping to please the fans with Resident Evil 6 despite getting a very discouraging response from them after releasing the trailer and a rocky digital launch was the last thing that it needed.

Resident Evil 6 released for the PlayStation 3 and Xbox 360 on October 2, with the PC version of the game to be announced on a later date.