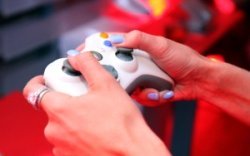 A listing of the 3DS game on the Korean Ratings Board pretty much confirms that Capcom are set to release the portable game on the current generation of home consoles. No news on a PlayStation Vita version though.

Resident Evil fans who were disappointed with what they were offered by Capcom after Leon Kennedy’s Resident Evil 4 finally have something to look forward to as they are set to get a game that goes back to the series roots.

The first four Resident Evil games were all about survival-horror, with a slower pace, less ammo and an air of tension and claustrophobia. Resident Evil 4 is widely hailed as the perfection of the survival-horror genre and since then Capcom seem to have lost the plot with the series.

Resident Evil 5 and 6 split fans down the middle as they leaned more towards an action orientation as opposed to the classic survival feel. Capcom themselves admitted that this was the plan all along as the publisher looked to emulate the Call of Duty series and in doing so opted to make the game more accessible and open to the masses.

However, at the same time, Resident Evil: Revelations managed to bring back that nostalgia of the earlier games in the series with its slower pace and emphasis on survival. The game was praised by many and became quite a hit on Nintendo’s handheld console.

Capcom seem to want to see how far they can push the game and if the Korean Ratings Board is to be believed, which it should, then the game is set for a release on the PlayStation 3 and Xbox 360. The move would make sense as Capcom would want the core fans of the series to not feel as alienated as they are at the moment and provide something to cater to their tastes.

Also the port would not be as costly as developing a new title. However, it is interesting to note that no news of a PlayStation Vita version has been mentioned, which does not bode well for Sony as it would suggest a lack of confidence in the platform. Whether or not a Vita port is also announced in the future remains to be seen.

No release date or release window was announced and Capcom have neither confirmed nor denied the report of the game heading to home consoles, yet it is only a matter of time before the news is announced in an official capacity.

But what about the readers; would you purchase the game on consoles or does a port of a portable version of a game not interest you? Let us know your thoughts in the comments section below.