Resistance 3 sucks you in… 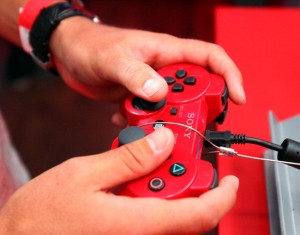 If you haven’t played Insomniac’s final entry in the Resistance series then you probably should, it only takes a few minutes to hook you…

There is age old adage, which has also become a bit of cliché as well, ‘you don’t know what you have until its gone.’ That holds true for Insomniac’s Resistance trilogy on the PlayStation 3.

When the first game was released alongside the PlayStation 3, many slated it for its poor visuals and slow gameplay. However, those who reached the half-way point of the game saw that the game was something special but not many did.

The sequel, Resistance 2, alienate fans slightly with the number of changes Insomniac made, but the sense of scale in the game has not been matched. The game’s most iconic scene was emerging from a tunnel to see San Francisco in the midst of an invasion by the Chimera. That moment alone was worth playing through the game.

However, Resistance 2, although successful, was soon forgotten as Killzone 3 was released a month later and stole the first-person shooter demographic.

The final game in the trilogy was a critical success if not a commercial success. To be honest, the game never really appealed to us here at the office and we had other titles to keep us busy. However, we decided to blow the dust off the cover and give it a go and instantly regretted not having done it sooner.

Like many gamers out there another first-person shooter was something we could not stomach especially with Modern Warfare 3 and Battlefield 3 taking up a considerable amount of our time. However, five minutes into Resistance 3 and we knew we were in for something special.

The first thing that the player will notice is the attention to detail and the visuals. Crisp in a gritty way, Insomniac seem to have gone back to the style of the original game and polished that.

The next thing that hits players is the atmosphere and the way the setting sucks the player in emotionally. The player wakes up next to his son when his wife wakes him up. You find out you’re in an underground system of tunnels where those looking to survive the Chimeran onslaught are looking to make a life for themselves.

Making their way through the tunnels, one begins not only to see but also to feel the desolation and desperation in the air. Its enough to want you play for a fair bit, but be warned the game has players in a constant state of diminishing hope and desperation, a feeling that very few games can replicate.

So do yourself a favour and give the game a try, you won’t be disappointed.

Disclaimer: the views and opinions expressed in this article are the writer’s own and do not reflect the editorial policy of wishfree.com in any way.