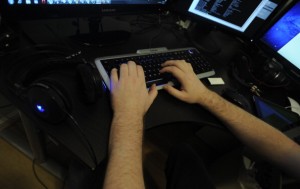 Sony Computer Entertainment (SCE) has waged war against PlanetSide 2 cheaters, aggressively seeking them out and banning them.

Cheaters and hackers has been there since the launch of the very first multiplayer online game, ruining the experience for legitimate players through unfair advantage and consequently bringing down the overall appeal of the game.

SOE president John Smedley, however, has no intentions of losing PlanetSide 2 to hackers and instead gotten his team busy with identifying and banning any player who is involved in unfair act to gain unfair advantage.

The free-to-play massively multiplayer online first-person shooter (MMOFPS) launched for the PC on November 20, 2012, but has already been infected by plenty of hackers.

Players have been reporting these rule breakers, but they feel that the company is not acting swiftly enough against these transgressors. As a result, the PlanetSide 2 sessions have become frustrating for them, killing their enthusiasm to continue with the experience.

Smedley has made it very clear that the publisher will not tolerate the use of hacks at all and therefore is actively taking down the hacks as they develop, while also adding cheaters to the ban list.

“I want to make some very clear statements about hacking in PlanetSide 2,” Smedley said. “We are aggressively banning people. As they develop hacks, we will break the hacks. We have time and great people. Trust that this is a top priority. Hackers will not win.”

The SCE President has made a series of tweets over the last couple of days in which he has warned against the use of hacks in the free-to-play MMOFPS, while asserting that the guys conducting the hunt want nothing more than to take the cheaters down.

Smedley is also taking the mask off some of the hackers to put them to shame and at the same time set an example for others.

In one of his tweets, he named one of the cheaters who had been caught and banned for using hacks. Not only were all three of his accounts banned, the SCE executive blew off some steam by firing harsh words in his direction, such as “Goodbye you scumbag. Find a new hobby or get good at the game.”

It is hard to disagree with the Smedley’s advice to the hacker, since such players really need to start concentrating on improving their skills and getting better at the game instead of turning to unfair practices to gain prominence.

Hackers and online games have gone hand-in-hand for years, but it is only recently that the publishers have adapted severe punishments for users who not only ruin the online experience for other players, but also keep themselves from learning the game and enjoying it.