Sexy Hitman Absolution nuns to get “context” before being killed 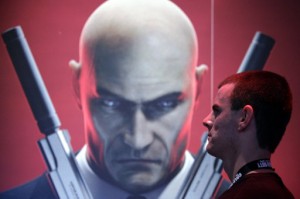 Square Enix has announced that it will give the nuns from the controversial trailer more context and background before players can waste them in typical Hitman fashion.

When the sexy nun hitwomen trailer for Square Enix’s upcoming title, Hitman Absolution, was released it split the world into two; those who were blown away by the trailer and those who were so offended by it that they probably burst a vein in anger.

Either way, the trailer gave the game all kinds of publicity. Those familiar with the Hitman series knew that Agent 47, the game’s protagonist, killed without discretion, however, there were those who thought the concept of sexy women being beaten up by one man was too out of line for the modern world.

Apparently those people do not know much about Agent 47, but the up roar seems to have gotten to Square Enix who recently announced that they were altering the game.

So one can assume that the developer has caved to media pressure? Not exactly, as players will still be able to deal some hurt to the female hitmen, but only after some context has been added as to why they have to, apart from the fact that they’re shooting at the player, because that isn’t reason enough these days.

Tore Blystad, the game’s director, explained that the controversy following the release of the trailer caused the studio to take a step back and rethink the level in the game.

He said, “We’ve learned from the trailer that we really needed to give these characters some context and some backstory.”

Blystad continued, “We’re working within the game – within that level – to build these characters up before you meet them. That way you know what you’re getting and you aren’t putt off by them.”

Whether or not killing evil sexy hitwomen dressed like nuns will calm the ‘wannabe feminists’ and media down remains to be seen but the game’s director pointed out that the game Absolution was based on a style that can easily be found in Hollywood.

“The game is inspired by Grindhouse-style movies, so for us the trailer was (a) natural way to deal with that subject matter.”

Which begs the question, is it ok for Hollywood and the music industry to do certain things but not ok for video games? And then again, have the people who were so enraged by the trailer actually have any background information on just the Hitman games are all about? And lastly, don’t they know they don’t have to buy the game or even watch the trailer.

Disclaimer: this article is not meant to offend anyone and the writer respects everyone’s view points, even if he does not agree with them and is exercising his right to free speech.

The view and opinions expressed in this article are the writer’s own and do not reflect the editorial policy of news.wishfree.com.