Home » News » News , Uncategorized » Sony admits that Beyond is a huge risk despite Heavy Rain’s success 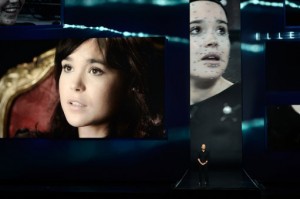 Despite the success of Quantic Dreams’ earlier success with Heavy Rain, the consumer electronics giant believe that Beyond: Two Souls is still a risk and anything but safe.

When it comes to innovation in the video game industry one has to rank Nintendo as first. The Nintendo Wii was years ahead of its time as it introduced motion controllers into the mainstream, a phenomenon that both Sony and Microsoft have attempted to replicated though not with the same level of success.

However, in terms of content, Sony has been known to take more risks and try out new ideas more than the other studios. Microsoft had Project Milo, which was renowned game developer, Peter Molyneux’s ambitious project for the Kinect, however that was scrapped.

Sony on the other hand, released titles such as LittleBigPlanet, Journey, Flower and perhaps their most ambitious title to date, Heavy Rain.

Commenting on both Quantic Dreams’ earlier venture and how Beyond, the studio’s upcoming title, were both massive risks, as well as touching on the subject of Sony is doing things that no other publisher in the industry is PlayStation’s head of software product development, Scott Rhode, said, “Heavy Rain, by itself was not a ‘safe’ title. And to do it again with a totally different story, a larger investment, and to bring Hollywood in, to really enhance that genre that really isn’t touched by many folks in our industry, I think is anything but ‘safe.’”

As for the reference to Hollywood, Beyond will star Ellen Page, the actress who has received fame for her roles in films such as Christopher Nolan’s Inception and Juno. Alongside her Hollywood star, Willem Defoe is also set to provide voices for a number of characters in the game.

Rhode pointed out how Sony Computer Entertainment were the only publishers in the business who have backed such projects in the past and the Sony executive challenged everyone to name any other studio that has done the same.

Some may call the statements made by Rhode a rant and that may not be too inaccurate a description however it seems that the Sony executive was simply trying to highlight the fact that while PlayStation was the console where the gaming industry ought to look at if they wished to see groundbreaking content.

Whether or not Beyond will be able to match Heavy Rain’s financial and critical success remains to be seen, yet there is no denying the fact that Quantic Dream have a major task on their hands as they look to take gamers into the unknown once again.