Sony executive claims “innovation” is the number one priority at PlayStation 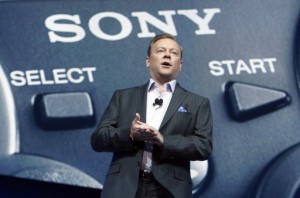 The Last of Us, Beyond and the Unfinished Swan are the latest in risky, innovative titles from Sony for the PlayStation 3 and Scott Rhode, the president of software development at Sony, clams that it reflects the company’s emphasis on innovation.

This year’s E3 was mostly about surprises as well as the lack of surprises as some publishers showed some truly exciting new games while others failed to live up to the hype that had built up leading up to the event.

Despite showing off trailers for Gears of War: Judgement and Halo 4, Microsoft’s Press Conference was only remembered for SmartGlass, the new technology that allows interconnectivity between all Windows devices.

Ubisoft surprised everyone with some in-your-face frontal nudity when they demoed, Far Cry 3, and apart from the early shock the game looked phenomenal both in terms of gameplay as well visuals.

EA had another run of the mill media presentation, while Nintendo underwhelmed, however, Sony was perhaps the only other publisher that actually gave gamers something to look forward to.

Apart from announcing titles such as God of War: Ascension and showing off Assassin’s Creed 3, the publisher also revealed Assassin’s Creed: Liberation and Black Ops: Declassified for the PlayStation Vita.

At the same time it showed off some of its innovations that gamers could expect in the coming year with Wonderbook as well as some of its more innovative titles such as The Unfinished Swan and Beyond: Two Souls.

At the same time Sony also showed off Naughty Dog’s latest project, The Last of Us, which was aimed at a mature audience than the studio’s previous offerings, the Uncharted series.

Scott Rhode, the president of software development at Sony, explained how such titles demonstrated Sony’s commitment to innovating.

He said, “These are all innovations that other companies would be a little scared to embrace, I believe. So innovation is top of the charts at PlayStation.”

At the same time, he also teased that there was plenty of content that they could not show during the Press Conference as the media presentation would have lasted twice as long as it did.

“I say this every time like a broken record; our press conference could have been twice as long because we have that much content that we could show, we just didn’t have time to show it all. Sound Shapes is another perfect example.”

Sony could have shown less of Wonderbook, as although the technology seemed exciting the demo itself was rather long and it seemed that there was just not enough to show at that point in time.

However, with the PlayStation 3 and Xbox 360 set to be replaced with the next generation of consoles in the near future it will be interesting to see how the risks taken by Sony will pay off.