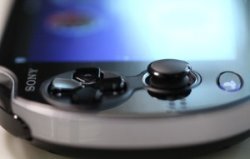 A year after the PlayStation Vita’s release, Sony are focusing on developing the console’s much touted Cross-Controller functionality to compete with the Wii U.

The PlayStation Vita had plenty of promise when it was announced almost two years ago, back when it was titled NGP, or Next-Gen Portable. However, many are of the opinion that the console failed to live up to much of its hype and has been let down by both its sales figures and lack of standout titles among other things.

A number of features that had been promised earlier on, most of which had to do with the Vita’s ability to interact with the PlayStation 3. The ‘Cross’ tag was added to these particular features and over the last few months, Sony has been pushing these features to the front of their marketing campaigns.

Cross-Play was the first of these features, which allowed players who had copies of WipEout 2048 on their Vita to play against those who had WipEout on their PlayStation 3 consoles.

However, Sony is now planning to look into the Cross-Controller feature, the first implementation of which was with the recently released LittleBigPlanet 2 Cross-Controller Pack, which allows players to use the Vita’s unique features to control the PlayStation 3 title.

Tom O’Connor, the senior producer at Sony XDev Studio Europe, went on record to point out that Sony were looking to push this feature in the coming months.

He said, “We’re only now starting to understand the potential of both devices working together. Cross-controller gives publishers an extra option. There will be some games that are being developed for other dual-screen platforms, though I can’t name any names, and we can allow that to be possible on PS3. That gives publishers more multiplatform opportunities.”

O’Connor continued, “We definitely need more than game to flaunt the Cross-Controller functionality. I know that internal teams are looking into it, and I’m pretty sure there have been some discussions with third-party publishers to.”

But what is your take on the Cross-Controller feature; a potential game changer or just a mere gimmick? Let us know in the comments section below.