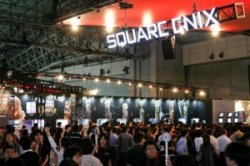 Company has confirmed that staff from its office in Los Angeles has been laid off, while assuring that the development of its online titles will not be affected.

Downsizing is an ugly reality that is becoming increasingly prominent ever since the world got hit by recession over five years ago.

Staff cuts and closing of offices is not an uncommon thing in the video game industry, which consequently results in the cancellation of games.

The past weekend saw Massively getting tipped by anonymous sources about Square Enix downsizing one of its offices, with the lay-offs affecting the development of massively multiplayer online (MMO) video games.

The rumours were confirmed to be true, though only to an extent, by the Senior Director of Public Relations for Square Enix Riley Brennan.

The publisher’s representative conceded to Massively that the difficult decision to send home some employees from the Los Angeles office had to be made to maintain its operating effectively.

He went on to add that despite the number of staff working in the office getting reduced, the operations of MMO games will not be affected.

“In order to ensure it is operating effectively, the Square Enix Los Angeles office has reduced its workforce. This was a difficult decision and we wish the best for those affected by these changes. The decision will not have any impact on the operations of MMO titles. Customers can expect those services to continue, including the upcoming launch of Final Fantasy XIV: A Realm Reborn,” Brennan explained.

Getting jobless at any time during the year is a big bummer, but getting laid off a few weeks before Christmas is surely one of the worst times in the year to get sent home.

Square Enix will surely not be attracting any sympathy or love after downsizing its Los Angeles office.

The company is already in the process of recovering from what can be described as a huge blunder of launching Final Fantasy XIV despite plenty of issues with its quality, etc.

Going live in the second half of 2010, the massively multiplayer online role-playing game (MMORPG) got off to a rocky start and continued to go downhill as the players continued to come across various issues that made the online experience horrible to say the least.

Square Enix CEO Yoichi Wada admitted that the disappointing Final Fantasy XIV offering had done some serious damage to the brand, while issuing an apology for the poor quality and other issues that plagued the online experience.

The company pulled down the game last month and instead launched a revamped version of the game, Final Fantasy XIV: A Realm Reborn. The game is currently in its alpha phase, while the complete launch is scheduled for mid 2013.